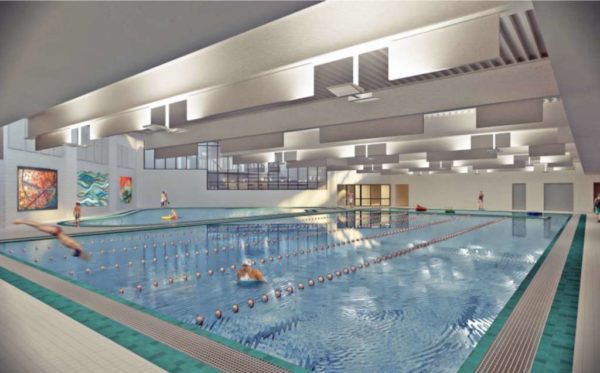 However, inspections uncovered issues with the facility’s fire alarm system, according got the county’s Department of Public Works and Environmental Services.

“During testing of new fire alarm system components in the project area last week, it was discovered that our existing system and the pool system were on two separate relay paths,” said Gordon. “The strobe lights used in the pool are different from those in the rest of the building. Fire regulations require all building systems to be identical and on the same relay processes. We will have to replace existing strobe units inside the pool environment and connect those new ones to the building system. This will add time needed to order the parts and install them.”

Gordon said the facility’s electrical power service — which was part of the old venue — cannot power new lighting and emergency lighting. This unanticipated challenge will require RCC to replace and install additional components.

Here’s more from RCC on the issue:

In the interim, punch list and further equipment systems testing, including HVAC and pump issues, will be ongoing to ensure there will be no further complications with those areas.

“We are going to use the time delay to assure that we run the pool systems sufficiently long enough to expose anything that needs to be tweaked before we reopen,” Gordon explained. “We are reaching out to our registered patrons, swim team users and to the public to help them plan accordingly.”

RCC is offering swim team users complimentary team practice when the pool reopens. A $1 access price for drop-in use will be offered in February. All patrons enrolled in affected classes will receive full refunds.

We know this has been an enormous burden to our regular swimmers and those wanting to enroll their family members in learn-to-swim programs. The two new pools are beautiful, and we are confident that swimmers will find them exciting to use. We are as eager to get the space open as the public is, and we hope this is the final delay in getting to that happy state.”