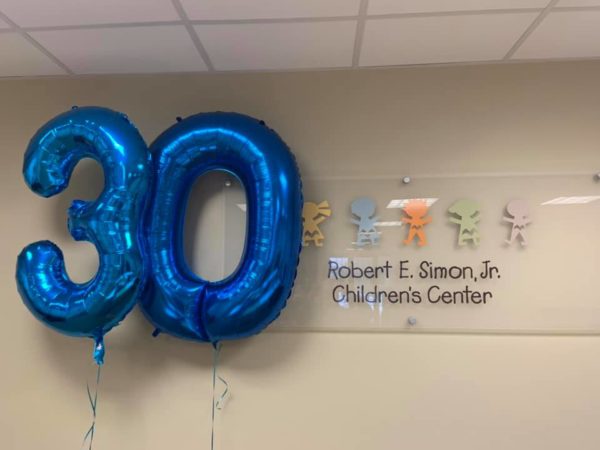 Though they don’t have their own celebration planned, Emily Riordan, one of the center’s board members said that they are planning on celebrating during Reston’s Founders Day later in March and April.

So far, Riordan said they are unsure what surprises are in store for the celebration, but they will have a better idea after the board meets to discuss details in the following weeks.

Looking back, the center’s largest “contender” and struggle has been real estate changes, according to Riordan.

In 2015, the center relocated from its original location near Reston Town Center at Cameron Glen Drive and took over space at 12005 Sunrise Valley Drive.

The former site allowed kids to interact with senior citizens at a nearby facility — fulfilling Robert Simon’s dream of multi-generational interaction, Riordan said.

Within the last year, the center decided to switch spaces in the building to accommodate more kids.

“We have our own entrance and access to our playground,” she said. “We are able to make our mark in that space.”

Though Riordan couldn’t speak to changing demographics within the community, she said the center, which is under capacity, can accommodate 110 kids between ages three months to 5 years.