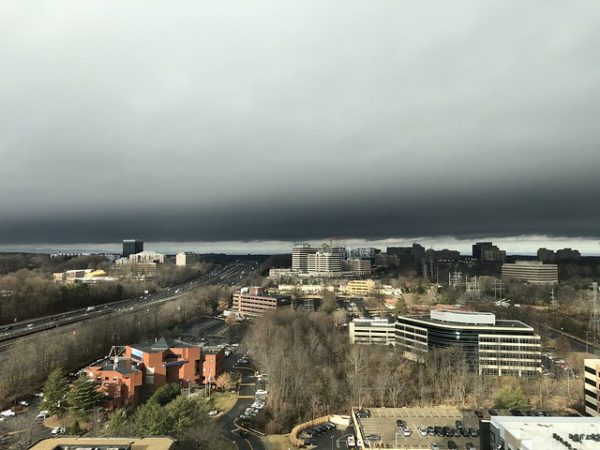 Since early 2014, a little over 10,000 residential units were approved in Reston. Just under 15 percent are considered affordable.

“Reston was originally a very inclusive community. We have to ask ourselves, are we keeping that promise? Yes, we are a changing and growing community. But how can we achieve that balance between old and new?” said Kerrie Wilson, CEO of Cornerstones, a nonprofit organization that helps neighbors overcome economic hardship.

Achieving greater housing diversity is an aim of Reston’s comprehensive plan, which notes that most new affordable housing should be in multi-family units.

But as Reston grows, will inclusive affordable housing keep up?

Tackling affordable housing is a regional problem and Hunter Mill District Supervisor Walter Alcorn (D) and other elected representatives have stated they expect to reexamine the county’s policies and procedures soon.

The county’s rejection of a proposal to redevelop Reston Town Center North — which would have delivered affordable housing units and redeveloped a homeless shelter and Reston Regional Library — was a significant setback for some local housing advocates.  The need for affordable housing — particularly workforce units — is expected to grow as more workers take up jobs in new mixed-use centers.

From a policy perspective, the county has aggressively pursuing affordable housing in every development that requires it, according to county officials. A variety of techniques — including land-use policies, federal funds, and nonprofit and for-profit housing partnerships — are used to preserve housing units and create new ones.

Last year, a panel created by the county to study affordable housing outlined several strategies and recommendations to the county’s board for considerations. The 37-page report – which was incorporated into the county’s housing strategic plan — is part of an ongoing conversation on how to tackle housing affordability.

“Reston has traditionally been a welcoming and inclusive community and a leader in affordable housing,” said Tom Fleetwood, director of the county’s Department of Housing and Community Development. “Still, Reston, like the rest of Fairfax County, is a challenging housing market for low-to-moderate-income families because this is a very desirable place to live.”

Per goals outlined in planning documents, the county aims to reach a net 15,000 new affordable units at up to 60 percent of the average median income within the next 15 years.

“We have certainly made significant steps forward. But a significant amount of work remains,” Fleetwood said.

Since early 2014 through June 2019, the county approved 10,045 residential units, including a 2,010-unit proposal by Boston Properties and a 668-unit proposal by Comstock for Reston Station. Developers are set to pitch $18.1 million into the county’s housing trust fund once the first non-residential use permit is issued, according to county data released to Reston Now last year.

He noted that it can be challenging to incorporate inclusive affordable housing units — whether workforce units or affordable dwelling units — in high-rise buildings, especially if condominium fees are charged in addition to rent.

Creativity is a common word used by experts as a solution for affordability challenges. Working outside of county land use and zoning provisions, some communities across the country have embraced more unconventional means to secure affordable units for rent and purchase in existing and new development.

At Cornerstones, the staff has successfully pursued a scattered-site model by working with developers to make specific units affordable. Recently, the nonprofit doubled its Reston housing stock by adding 48 units from the Apartments at North Point.

But in the town center and other rapidly growing areas, developers are not always open to experimentation beyond the county’s existing requirements. The hope is that the oncoming Silver Line train at Reston Town Center — which could begin operation by early 2021 — will boost developer’s confidence in the residential market and add more pressure to incorporate more affordable units as more people and jobs come to the area.

Others say that the county should consider dedicated one penny of the real estate tax to affordable housing projects.

Fleetwood says that he expects renewed discussions on housing affordability – including reaching more income levels – to continue in the coming weeks.

“My assessment is that the county’s policies have been productive and helpful. I think they are going to continue to evolve so that we have a policy that works over the long-term and for our developers. It is a continuing and evolving partnership.”

Before we head into a weekend, let’s take a look back at the biggest stories on the site in recent days. Reston Vietnam vet discovers his old helicopter at Smithsonian…

A solar energy-powered lamp post (via Sandra Parra/Unsplash) Fairfax County has committed to becoming carbon-neutral by 2050, and now, it has a plan to achieve that goal. The Fairfax County…

More Stories
Wooden Horse Will Soon be Back on its Feet in RestonTRAFFIC ALERT: Crash Closes Lanes at Herndon Parkway, Summerfield Drive