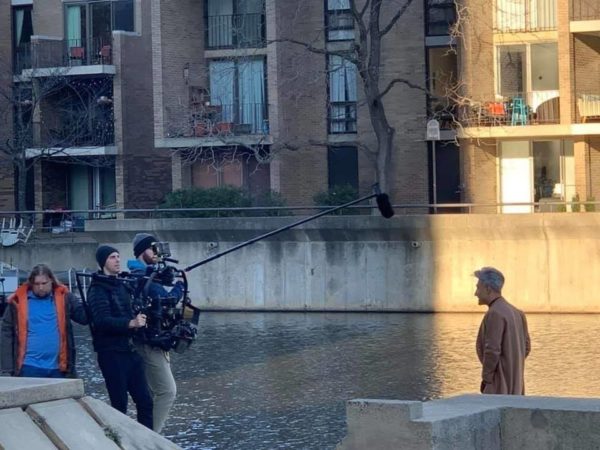 Tan France, a style guru who is on Netflix’s makeover show “Queer Eye,” made an unexpected stop to Reston over the weekend.

The fashion designer and celebrity author stopped by Lake Anne Plaza for filming purposes on Saturday. While celebrities have notified Lake Anne tenants or managers in the past, France’s visit seemed to come out of nowhere, according to a Lake Anne business owner.

Yesterday, he gave Virginia a shoutout on his Instagram, posting “Virginia, you is purrrty.”

A reader told Reston Now that the crew said France, who was raised by Muslim Pakistani parents, was working on filming independent material, not footage for Queer Eye.

His PR manager and media company did not return multiple requests for comment from Reston Now.