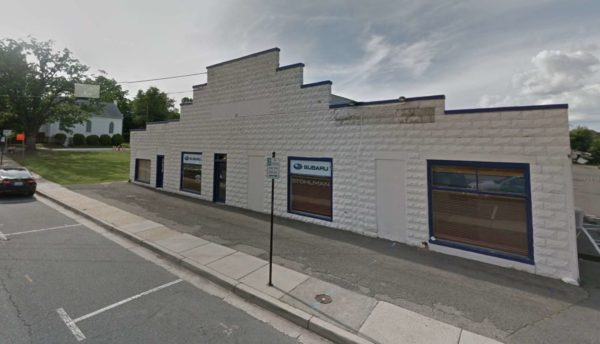 Construction to kick off the delayed development of downtown Herndon is expected to begin soon.

Contractors will be on the site of the former Subaru dealership on 770 Elden Street next week to begin preparing the site for demolition, according to a town statement.

Crews will work to remove asbestos and complete additional environmental remediation efforts through state grant awarded to the town in 2017, according to town spokeswoman Anne Curtis.

After that, demolition is expected to begin in order to prepare the site for redevelopment.  Comstock, the developer of Reston Station, was selected by the town three years ago to redevelop the property into a mixed-use project.

The $85 million redevelopment project includes 273 apartments, 17,000 square feet of retail, a new arts center, public space and a new parking garage for public and private use.