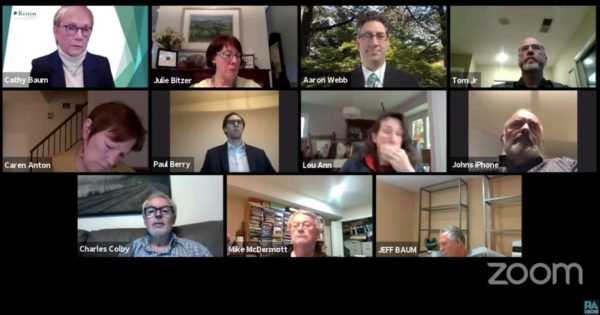 At an annual meeting held online yesterday (Thursday), Reston Association announced the results of its board election.

Ed Abbott, chair of the elections committee, said that a 10 percent quorum to make the results official was met in the election this year. Overall, turnout was around 16 percent for all races.

Despite technical challenges on the first few days of voting, Abbott said he was confident about the integrity of the election results. Some RA members received ballots with names of other members.

A breakdown of voter turnout for each position is below:

The new board will select officers this month. The elections committee will evaluate the election and provide recommendations on how to improve the voting process to the board in the coming months.

The meeting was held virtually via Zoom and included live comments from RA members. Hunter Mill District Supervisor Walter Alcorn, who spoke at the meeting, said he was impressed by the set up of the event.