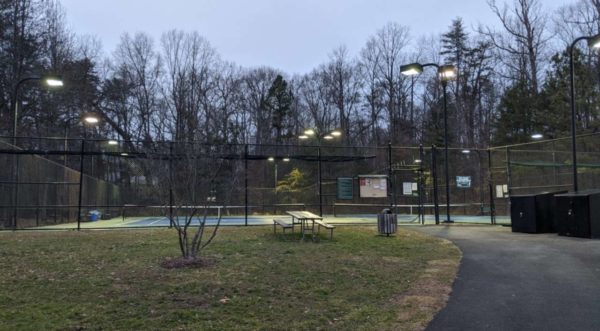 Reston Association has begun reopening some of its tennis and pickle ball courts as Northern Virginia continues in week one of Gov. Ralph Northam’s reopening plan.

So far, RA had adopted a phased approach that is expected to change in response to different guidelines offered by the state and Fairfax County.

Beginning tomorrow, the courts at Colts Neck, Barton Hill, Newbridge, Uplands and Upper lakes will be open at half capacity.  Most of RA’s courts opened on May 30, with restrictions in place such as no lighted play after 9 p.m.

Here’s more from RA on decision-making approaches to determine openings:

Reston Association will use a phased approach to open tennis and pickleball courts as our region moves between phases outlined by state and local governments. Multiple factors have been considered in planning the reopening to include: information and requirements from state and local government officials, the Center for Disease Control (CDC) United States Tennis Association (USTA) and USA Pickleball Association (USAPA), area agency plans and the professional opinion of RA staff to operate in this environment.

The following is a breakdown of what’s open: 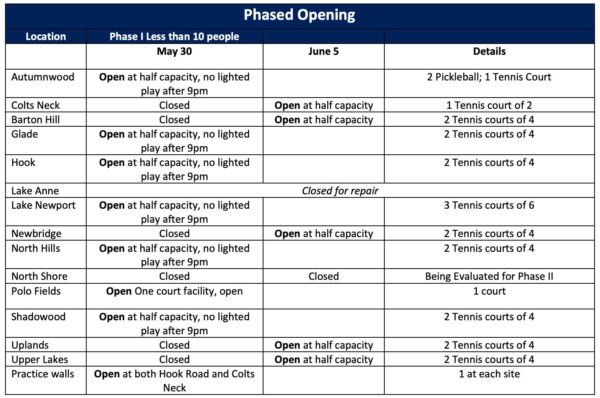 If social distancing guidelines are not followed, RA will close facilities.