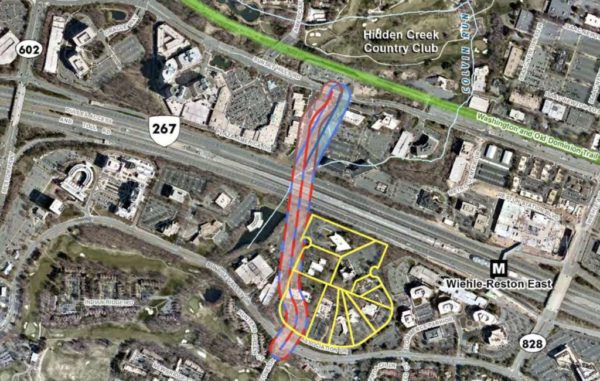 A critical project to reduce congestion and improve traffic flow in Reston has received $15 million in funding from the Northern Virginia Transportation Authority through its six-year program.

The Soapstone Connector would create a new one-mile roadway between Sunrise Valley Drive and Sunset Hills Road. A bridge would be built over the Dulles Corridor, providing an additional crossing that is critical to reducing congested areas along Wiehle Avenue.

“The adoption of the Six Year Program Update demonstrates an ongoing commitment to a multimodal approach that addresses Northern Virginians’ mobility needs and challenges, and supports the region’s economic vitality, while providing an economic stimulus to the region’s economy,” said Phyllis Randall, Chair of the Authority and the Loudoun County Board of Supervisors, stated, in a press release.

The total project, which is located west of the Wiehe-Reston East Metro Station and includes a new bridge over the Dulles Corridor, is expected to cost $214 million overall. County officials sought roughly $69 million from the authority, which partially funded the project.

Most of the design and environmental work for the project is expected to continue through fiscal year 2025. Construction would likely take place between fiscal years 2028 and 2030.

Although the authority reported an overall loss of $250 million during the pandemic, 21 of the 31 transportation projects submitted for funding consideration were awarded full or partial funding.