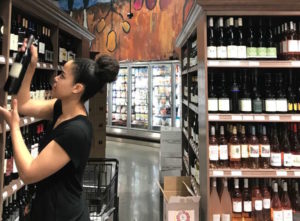 All employees will be relocated to nearby McLean, Bethesda and Alexandria stores, according to a company spokesperson.

The New-Jersey-based grocery store allegedly failed to pay more than $225,000 in rent since December, according to a lawsuit by Boston Properties filed in June.

The store opened on the ground floor of The Signature apartments in June 2018. The company declined to comment on the reason for the closure or the pending lawsuit.

Boston Properties says that it sent three default notices to the company, which signed a 19,930-square-foot-lease at 1871 Fountain Drive.

More Stories
Construction on Hunter Mill Road Bridge to Begin in Early 2021Poll: Have You Been to the Pool This Summer?