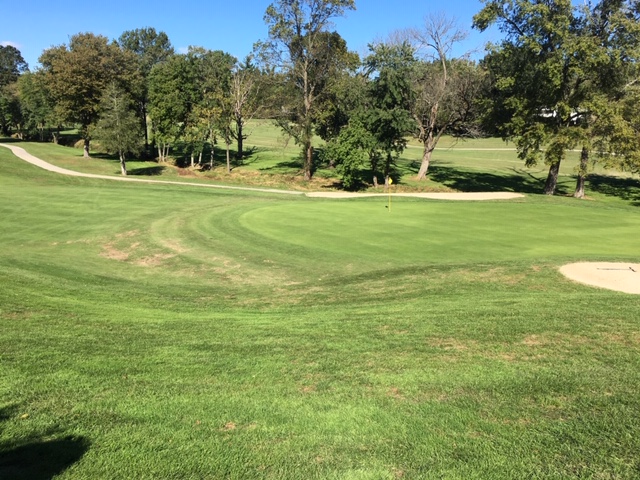 Hunter Mill District Supervisor Walter Alcorn has made a clear statement on the future of Hidden Creek Country Club — whic owner Wheelock Communities hopes to redevelop into a 100-acre park with 1,000 residential units: the golf course will remain a golf course.

Based on a review of communication from residents to his office, Alcorn says there little to no support for redeveloping the site.

“There are more than five residents against for every supporter of possibly changing the plan,” Alcorn wrote in a statement released Friday. “Therefore, I do not support changing the Fairfax County Comprehensive Plan’s current designation of this property as a golf course and consider this matter closed.”

He noted that much anxiety and uncertainty exists surrounding the possible redevelopment of the site.

A representative of Wheelock Communities told Reston Now that discussions about the future of the golf course are “all work currently in progress.”

As of July 2018, the company held three work sessions to discuss how “the property could benefit the Reston community and Fairfax County by creating significant public open space versus current private use,” according to a statement distributed to the community.

“We want to be clear that none of this is currently in the form of a development proposal,”  the spokesperson told Reston Now.

Wheelock purchased the golf course in Oct. 2017. Previous presentations by Wheelock to the community, including a Sept. 2018 discussion before Reston Association, drew intense criticism from the community.

In July 2020, representatives for Wheelock detailed preliminary plans for the site, including creational facilities, a “broad spectrum” of affordable housing, and new public trails.

Alcorn encouraged residents to continue using the golf course in order to preserve its status as a golf course for the foreseeable future.

“Although I do not play golf (just once in the past 33 years) I do recognize that the long-term use of this property as a golf course depends on people willing to pay to play golf. I encourage members of the community who wish to see this property remain a golf course to pick up the game and go play!”

Reston’s two golf courses — Hidden Creek and Reston National — have been bought by developers seeking to redevelop a portion or most of the properties into housing. But a grassroots efforts led by Rescue Reston, a grassroots advocacy group, staved off the development proposal at Reston National several years ago.

Wheelock did not immediately respond to a request for comment on the next steps for the site following Alcorn’s statement.