Wheelock Communities is still courting ideas for the redevelopment of Hidden Creek Country Club amid community consternation and angst on the future of the 159-acre golf course.

The developer, which bought the golf course in October 2017, is considering redeveloping the club into a large public park with an unidentified number of residential units. The plan is in its initial stages as Wheelock continues virtual meetings with stakeholders.

Steve Coniglio, a regional partner for the mid-Atlantic region at Wheelock, says that while he is aware of differing opinions and concerns about the golf course, he welcomes a transparent community discussion.

“Let’s get all of the people who care and let’s get them into a room and let’s figure this out. What’s the right answer for Hidden Creek?”

So far, the develop is considering creating seven neighborhoods with a “broad spectrum” of affordable housing, according to its website. A 100-acre public park will include recreational facilities like an indoor tennis and pickle ball court, senior fitness area, and a playground. The developer also plans to add between two to four miles of public trails, a new trailhead off of Sunset Hill Road connecting to the Washington & Old Dominion Trail, and new landscaping and stormwater management features.

Reston’s two golf courses — Hidden Creek and Reston National — have been bought by developers seeking to redevelop a portion or most of the properties into housing. But a grassroots efforts led by Rescue Reston, a grassroots advocacy group, staved off the development proposal at Reston National several years ago. 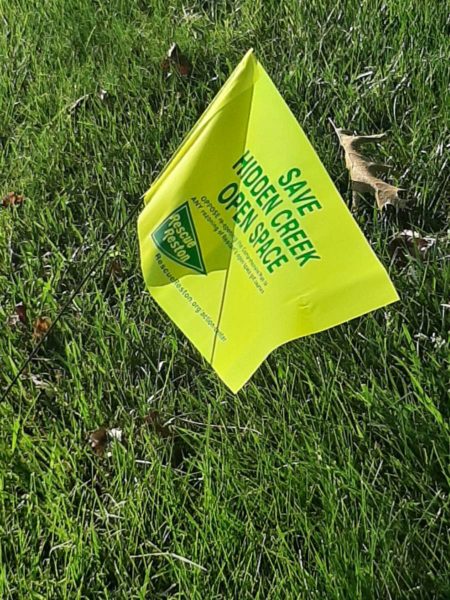 The community advocacy group is hoping to do the same with Hidden Creek. Recently, the group stepped its advocacy efforts after Wheelock concluded meetings with stakeholders by urging attendees to encourage Hunter Mill District Supervisor Walter Alcorn to support their plan.

The Fairfax County Comprehensive Plan states the golf course should remain a golf course. An amendment to the plan would be required for Wheelock to proceed with any plans.

Alcorn told Reston Now he has no plans to initiate a change to the comprehensive plan to allow development to proceed.

“I have long and consistently stated – including during last year’s supervisor election, and since – that unless and until communities surrounding the golf course indicate their desire to initiate a change the Comprehensive Plan I will oppose any such change.  It is also not within the scope of the current review of the comprehensive plan for Reston,” Alcorn said.

“From its inception, the planned community of Reston was designed to have concentrated open space and concentrated development. It also was based on diversity of socioeconomic households,” wrote Connie Hartke, Rescue Reston’s president, in a statement.

Lynne Mulston, chair of Rescue Reston North Committee, added that Wheelock appears to pitch its public park concept to the community without offering more details on the housing component of the project.

Connolly Cross County Trail and nearby paths in Lake Fairfax Park) than time spent focusing on the housing lots they will sell off to individual homebuilders.”

An official proposal with the county has not been filed, nor is it clear when the proposal may be submitted, Coniglio said.

Coniglio says turning the golf course into a public park with a housing component is a win-win situation. While the number of residential units has not been finalized — up to 1,000 has been pitched — Coniglio says the units will likely vary from single-family homes to duplex units.

“It’s a pretty good trade when you’re looking at transitioning from a private country club with a limited number of services to becoming a public park that’s really for all. That’s really in the spirit of diversity and inclusiveness that is Reston.”