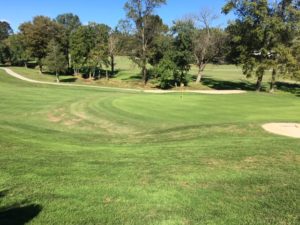 Wheelock Communities, the owner of Hidden Creek Country Club, says it will continue to move forward with community engagement on the future of the golf course, even though Hunter Mill District Supervisor Walter Alcorn says he has does not support the redevelopment of the site.

In a statement Dan Green, principal of Wheelock Street Capital, said his company was “extremely disappointed” in Alcorn’s statement, which referenced little to no community support for the project.

Green says his company has received support from some adjacent clusters and many of the club’s neighbors,  as well as other residents in Reston.

“This is an unprecedented show of support when an application has not yet even been filed,”  he wrote.

Over the last two years, the company has hosted focus group meetings to pitch its preliminary plan for a 100-acre park and 1,000 residential units on the golf course, as well as to court public feedback on the future of the golf course.

Although a development plan has not been filed, doing so would require an amendment to the Reston Comprehensive Plan.

Wheelock did not immediately respond to a request for comment on next steps and when a development plan would be filed.