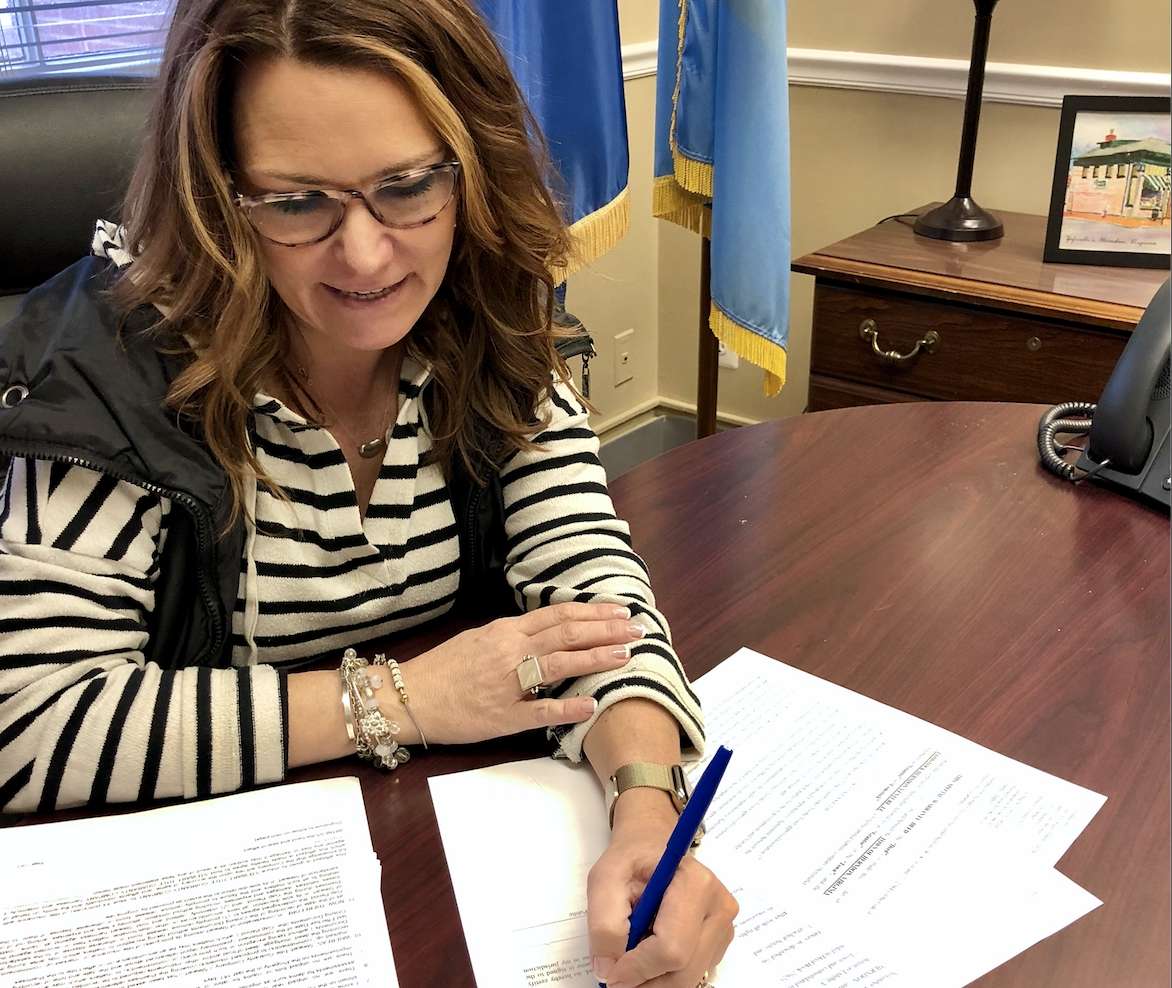 The Town of Herndon has officially closed on its transfer of 4.7 acres of town-owned land to Comstock Holding Companies, a move that sets the redevelopment of downtown Herndon into motion.

The public-private partnership between the town of Comstock will create “the centerpiece of Herndon’s revitalization plan for its historic downtown,” according to a recent press release.

“We are excited to have completed this important part of the process and look forward to redeveloping this key piece of downtown Herndon into a vibrant mixed-use development,” said Christopher Clemente, CEO of Comstock.

The mixed-use project was officially approved by the Herndon Historic District Review Board but had been delayed by nearly a year to a number of issues, including ongoing negotiations between the town and the real estate development company.

Once completed, the new mixed-use development, which is next to Herndon’s Old Town Hall, will include 273 residential apartments, 17,300 square feet of retail and cafe space, a new arts center, three public plazas, and a 726-space parking garage.

Herndon Mayor Lisa Merkel, who is ending her eight-year term this month, noted that the closing was the “culmination of years of careful planning.”

“Dynamic living spaces, retail, restaurants, the arts – all will come alive in downtown Herndon as a result of our collaboration with Comstock,” she said.

The town will pitch in $3.6 million over the course of the project while the company will be able to take advantage of $2.5 million in tax breaks through a recently established ordinance. The land was transferred at no-cost but under rules governed by a comprehensive agreement signed by both parties. The town will receive public amenities and infrastructure as part of the project.