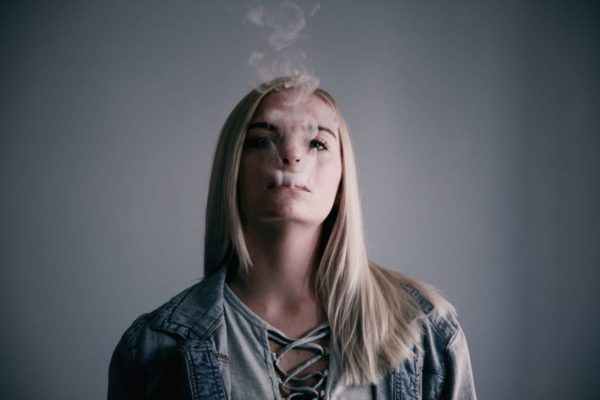 Vaping has reversed years of incremental progress in Fairfax County Public Schools in the number of students who report being drug-free, according to a report from the school system.

“The slow improvement FCPS had shown over the last several years on the drug-free youth metric ended during SY 2019-20 due to increased numbers of students who reported vaping,” the report said.

Over the last couple of years, vaping has emerged as the drug of choice among students in schools across the United States. Experts and school leaders have labeled it an “epidemic,” and studies have found that it is easy to access, targeted toward teens, and highly addictive.

In FCPS, one-third of middle and high school students reported alcohol and drug usage for the 2019-20 school year. The drug-free metric FCPS uses has not moved too much in recent years, but the uptick in vaping led to a “dramatic dip” for the 2019-20 school year, when 11% of students reported that they vaped, but did not use other drugs or drink alcohol.

The rapid downward trend due to vaping “requires direct and swift action to counteract, especially given the negative health impacts that have been associated with vaping,” the report said. It concluded that more funding may be needed to address the root causes of vaping.

FCPS included vaping in its drug-free metric for the first time for the 2018-19 reporting year. At the time, the report said, vaping did not have much of an impact — students who reported vaping also reported drinking or using other drugs.

During the 2020 school year, 11.2% of students reported vaping while not using alcohol or other drugs. Broken down by grade level, 9% of eighth-graders, slightly more than 12% of sophomores and 12.5% of seniors reported vaping only.

The report found that Asian and Black students were more likely to be alcohol and drug-free than Hispanic or white students.

In its report, FCPS concluded that its current interventions may not be enough to lessen vaping and other kinds of drug and alcohol use among students overall. The report said it is unclear whether any of FCPS’s traditional interventions would have specifically impacted vaping rates.

For example, substance abuse specialists were “likely managing students with more serious drug abuse issues,” the report said. Further, the “enhanced access to middle school health lessons would likely have had only an indirect or low-level impact on vaping.”

Photo via Sharon McCutcheon on Unsplash