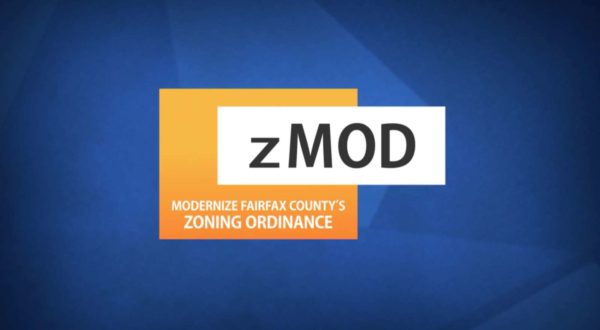 The project, which was launched in 2017, is aimed at modernizing the county’s zoning ordinance that was established in 1978. It has been the subject of debate in recent months, but the project’s progress was authorized by the Fairfax County Board of Directors on Dec. 1 to be advertised for public hearings.

The board’s decision to move forward with the project in December was billed as an opportunity to “provide sufficient time to advertise” today’s 7:30 p.m. planning commission public hearing on zMOD and a public hearing with the county’s board of supervisors on March 9.

While the project has moved forward, it has come under scrutiny by various community members and organizations.

RA and Reston Citizens Association (RCA) have discussed those initial concerns and more over the last week. Each organization has taken umbrage with the zMOD proposal to remove a 55-and-over age requirement for ALUs due to a belief that the change will create a strain on the local infrastructure and population density.

Both organizations also have opposed proposed changes to home-based businesses due to concerns about traffic congestion and losing the character of single-family residential neighborhoods.

RCA adopted a set of resolutions to outline community concerns with the latest zMOD draft on Jan. 21 while RA held a special Board of Directors meeting to discuss a resolution on the project to be presented to the county. RCA offered a measure of support in its resolutions to defer a detailed review of these points for future study.

“RCA has carefully followed the progress of the county staff’s proposals in the zMOD project,” Reston Citizens Association president Dennis Hays said in a release. “We believe the staff has gone far beyond the intended purpose of zMOD, proposing far-reaching changes with little to no consideration as to the impact such changes would have on established communities.”

Among the primary concerns that RA and RCA have raised is the amount of time to suitably address the zMOD changes as a whole when there is not a sufficient redline version or chart to identify potential changes in the zoning ordinance. The current executive summary of the zMOD project was released Nov. 24 is 741 pages.

“Our goal is to slow this down and give us a bit more time to participate and drill down into some of the details,” Bitzer said during RA’s Board of Directors meeting.