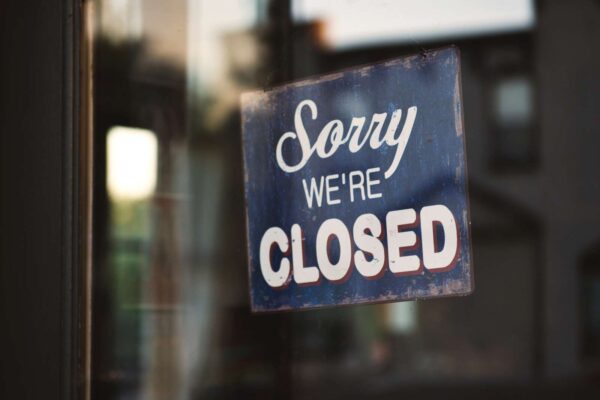 A consultant is recommending a dozen ways Fairfax County can uplift people whose livelihoods have been harmed by the pandemic in the short-term and promote long-term economic resilience.

Specific short-term measures include launching “Buy Local” and “Made in Fairfax” campaigns, focusing on women- and minority-owned businesses, and finding ways to reduce rent or other costs for struggling small businesses.

Other recommendations target those hit hardest — including people without high school degrees, women with children, and people of color — with services like career centers, workforce training programs, and affordable childcare.

“A lot of these things have ongoing aspects, but tying them together and focusing on economic recovery is really going to be an effective approach,” Dranesville District Supervisor John Foust said.

Fairfax County has up to $15 million in reserves to support economic recovery efforts and could also use some of the anticipated $222.56 million in federal funds coming from the American Rescue Plan, according to Foust, who chairs the committee.

Hunter Mill District Supervisor Walter Alcorn called the staff proposal “fantastic” but added that transportation — which did not figure into staff planning — should play a role in the county’s recovery efforts.

Fairfax County hired the consultant HR&A last summer to analyze how the COVID-19 pandemic has affected its economy and what the county government could do to expedite a more just recovery. More than 65 organizations and small businesses participated in the study, providing input on perceived barriers to and strategies for economic recovery.

According to the consultant’s report, before COVID-19, flourishing technology and government sectors contributed to a decade of strong economic growth for Fairfax County. The total number of jobs grew by 9% annually, and employment had reached its lowest level since the Great Recession.

The pandemic reversed that job growth and exacerbated the existing disparities.

Through December 2020, Fairfax County lost an estimated 48,200 jobs, mainly in food service, hospitality, retail, and the arts. Small businesses in these three sectors will have a particularly long road to recovery, HR&A said.

The consultant also reported that job losses were most acutely felt by low-income people, people of color, and people with lower levels of formal education and training, which will make “the road to economic stability longer and more challenging.”

The job market appears to have settled down since the upheaval of the pandemic’s early days, when initial unemployment claims in Fairfax County soared to a high of 21,302 filings during the week of April 4. The Virginia Employment Commission reported today that 543 people filed new claims for the week of March 6, though the numbers ticked back up over 1,000 for multiple weeks over the winter.

HR&A outlined several ways Fairfax County can facilitate job opportunities for those suffering the most, namely, getting people who lost jobs in hard-hit industries access to jobs in industries that have weathered the pandemic better, including government and technology.

In the short-term, HR&A recommends Fairfax County employ artists to design public service announcements or put on performances. The county could also hire workers to fill temporary needs like contact-tracing, while partnering with the private sector to place people in long-term jobs.

Home to more than 8,900 technology-focused businesses, Fairfax County could pursue policies that support workforce training in health technology, digital services, and green jobs. Given its proximity to D.C., Fairfax County will continue attracting government workers, so the county should keep expanding the workforce pipeline for government and contracting work, the firm said.

The workforce will likely need skills training to acquire new qualifications, as well as equal digital access and digital literacy and adequate childcare access. This will require investing in job centers, improving certification and training programs, and making it easier to connect people with county and private services, HR&A writes.

In the long-term, the consultant recommends Fairfax County continue efforts such as easing online permitting processes and contributing to affordable housing.

Photo via Tim Mossholder on Unsplash

END_OF_DOCUMENT_TOKEN_TO_BE_REPLACED

More Stories
National Cherry Blossom Festival features work by Reston artistUPDATED: County non-committal on if all residents will be able to get vaccine by May 31