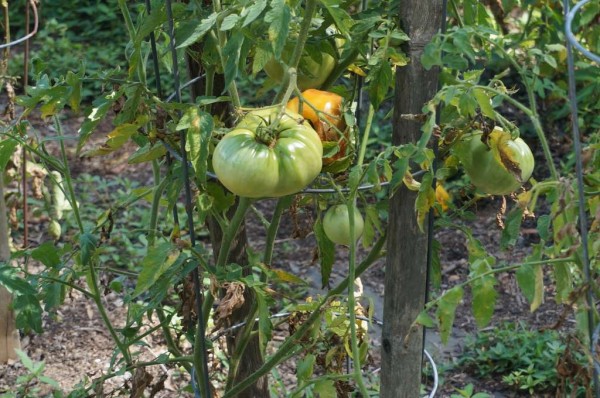 Recent thefts at Reston community gardens are leading to increased security and involvement of the police, Reston Association announced in a statement yesterday (May 10).

This isn’t the first time this has happened at the garden, which is located at 2501 Reston Parkway. Incidents of this nature date back at least two years, with thieves stealing materials, supplies, tools, and even a little girl’s garden gnome.

“Before this season, there was no real fencing or locked gate,” Reston Association spokesperson Mike Leone told Reston Now in an email. “So, this is the first break-in.”

However, that number reflects the number of victims, rather than separate incidents, with many of the thefts occurring on the same day.

There have been six reported thefts in this past year alone, with three of them occurring on the same day. Many are happening between the months of May and July, according to the police spokesperson.

As a result, RA says it will ramp up security efforts at the community garden.

The organization is looking into upgrading the lighting and installing a trail camera that would help identify anyone coming or going from the garden. Its Central Services Facility team is also asking all gardeners to constantly check if the gates are locked and not to share the combinations with anyone.

Additionally, FCPD is increasing its presence in the area overnight to deter further thefts and break-ins.

Beyond safety concerns, gardeners spend a lot of time, money, and energy working their plots.

“We know how much the Reston’s garden plots mean to our community members,” Reston Association CEO Hank Lynch wrote in a statement. “Gardeners give their time and energy to help us manage these facilities and they get immense personal satisfaction out of growing their own plants and vegetables. We want residents of all ages to feel they can pursue this wonderful hobby in a safe and secure manner.”

The motives behind the thefts remains unclear, though one person told Patch that the nature of the stolen items and the methods used to obtain them, such as the unscrewing of wooden frames around the garden, suggest the culprits could be landscapers.

FCPD is continuing to investigate and follow-up on the reported thefts and encourages community members to report any suspicious activity they see in the garden’s vicinity.