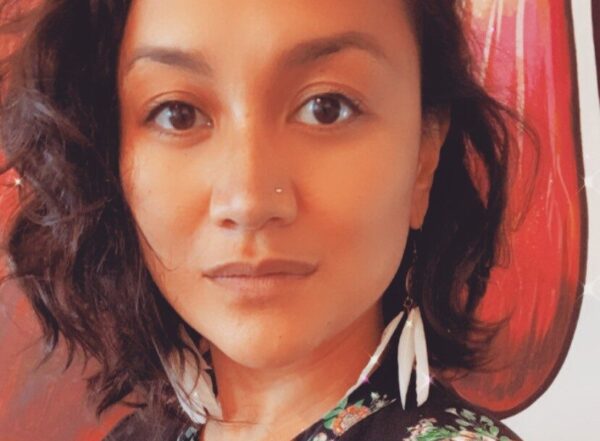 The nonprofit announced last week that Trinity Villanueva officially took over the role on April 26. She succeeds Anne Delaney, who served as executive director for 11 years before stepping down on July 31.

Villanueva says that she plans to focus on making art more accessible and inclusive. Citing Reston founder Robert E. Simon’s belief in art as a necessity, she says she is “thrilled” to know it is such an ingrained principle in Reston’s culture.

“Art is a connector. It fosters a strong climate and elevates voices on the spectrum of agency,” Villanueva said. “We will continue to cultivate accessibility and equitable art, already embedded in Simon’s guiding principles.”

Villanueva comes from the Carlos Rosario International Charter School in D.C., where she founded and led the arts integration and culture department for more than a decade.

She’s also the co-founder of Mixt Collective, which supports marginalized artists, and she’s a graduate of multiple institutions, including the University of Pennsylvania and Indiana University’s Jacobs School of Music.

Public Art Reston Board of Directors Chair Maggie Parker noted how Villanueva’s energy has already impacted Reston, complimenting her “zest for living and her unlimited view of what public art can do for a community.”

“She has already injected joy and enthusiasm into Reston and will be a wonderful collaborator and thought leader in the community,” Parker said.

The COVID-19 pandemic has kept the art world on the sidelines in recent months, shuttering venues and limiting many events to online spaces, but Villanueva feels it has also spotlighted the need for art to take on a more primary role.

“The constraints of these times have further shown that you do not need to go into a building to engage in art,” Villanueva said. “Your direct involvement is what makes art transformative, and this next chapter for Public Art Reston will set that tone.”

As Public Art Reston’s executive director, Villanueva will oversee the continued implementation of the Public Art Master Plan for Reston that the organization adopted in 2008.

“I look forward to gathering the Reston community to collectively define public art,” said Villanueva. “It is a wonderful time to recharge and regenerate what public art means, across disciplines, and positively impact Reston’s current and future growth.”