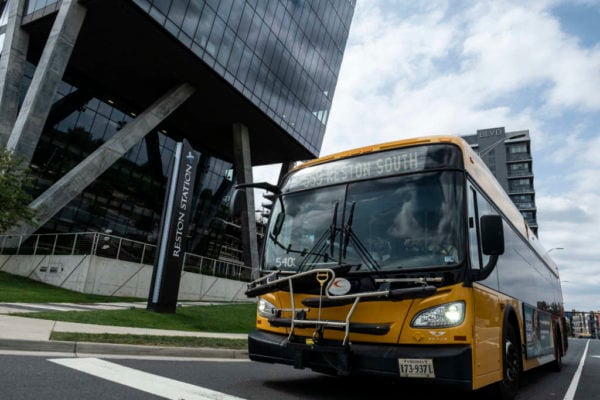 Fairfax County is taking a small but crucial first step toward electrifying its sprawling government vehicle fleet, thanks to more than $4 million in state grants.

Gov. Ralph Northam announced on Friday (May 7) that the county will receive $4.4 million from the first round of Virginia’s Clean Air Communities Program, an initiative that launched in November using $20 million from the state’s Volkswagen Environmental Mitigation Trust.

The other recipients are the Metropolitan Washington Airports Authority, which will get $3.9 million to purchase five shuttle buses and chargers, and Amherst County, which got $998,301 for two trucks, a shuttle bus, and chargers.

“Supporting clean transportation solutions is a vital part of our efforts to combat climate change and improve air quality in the Commonwealth,” Northam said. “These investments will reduce harmful vehicle pollution, which disproportionately impacts marginalized communities, and help accelerate an equitable transition to a cleaner economy for all Virginians.”

Fairfax County will use its grant funds to launch an electric vehicle pilot as part of a broader push to eliminate fossil fuels from the county’s transportation operations and achieve carbon neutrality by 2040.

The county’s Joint Environmental Task Force recommended in October that the Fairfax Connector bus fleet transition to electric vehicles or other non-carbon-emitting alternatives by 2030, followed by public school buses and non-bus vehicles in 2035.

The county has approximately 6,347 vehicles in its overall fleet, including 1,540 Fairfax County Public School buses, according to the Department of Vehicle Services.

While the new pilot will kick off the conversion of the county government fleet, FCPS received its first electric school buses in January from a statewide initiative led by Dominion Energy, which has pledged to replace all diesel buses in the state with electric ones by 2030.

The county first utilized electric vehicles for public transit in November, when the autonomous Relay shuttle kicked off passenger service in Merrifield for a year-long pilot project.

“To cut carbon admissions, we have to reimagine the way in which we travel,” Fairfax County Board of Supervisors Chairman Jeff McKay said. “As a county, we are already actively moving towards cutting our emissions from our public transit and this will move us closer to our end goal.”

The Fairfax County Department of Transportation shared plans for an electric bus pilot with the Board of Supervisors in October.

The department will replace four diesel Connector buses with all-electric buses and install three charging stations at its West Ox maintenance facility, using the state grant funding to cover the difference in cost as well as some charging equipment expenses.

The buses will be deployed on various Fairfax Connector routes in the I-66 corridor for a demonstration program expected to last 18 to 24 months. The addition of the four buses will reduce the county’s diesel fuel usage by approximately 32,000 gallons annually, according to FCDOT.

FCDOT spokesperson Robin Geiger says the department hasn’t determined an exact start date for the pilot, but the vehicles will likely be deployed sometime early next year.

“The start date is dependent upon several factors including when the buses are delivered and the installation of the infrastructure (charging equipment),” Geiger said in an email.

The public works department plans to buy or retrofit two rear-loaded residential trash and recycling trucks and two transfer tractors to deliver trash from its I-66 Transfer Station to the I-95 Energy Resource Recovery Facility in Lorton. 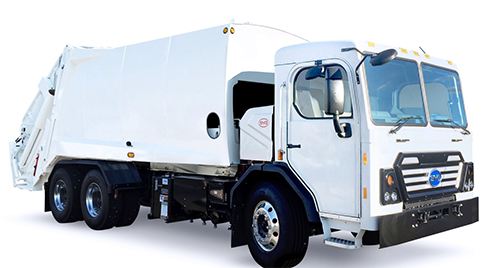 DPWES says the first truck could be on the road this fall with the second truck arriving next summer and the transfer tractors coming in the fall of 2022. The four new electric vehicles are expected to save the county 78% in fuel and maintenance costs compared to the existing non-electric trucks.

Finally, the county’s vehicle services and procurement departments are partnering to replace a diesel-powered box truck with an electric vehicle based out of a logistics center in Springfield, which will be outfitted with a 40-kilowatt, Level 2 charging station.

The procurement department will use the truck to transport books and other materials between the 23 Fairfax County Public Library branches, saving an estimated 64% in fuel costs and reducing greenhouse gas emissions by 58% compared to the existing diesel vehicle.

“Officials anticipate that it will take about eight months before the truck and charging station will be ready after the grant money is in hand,” the county says. 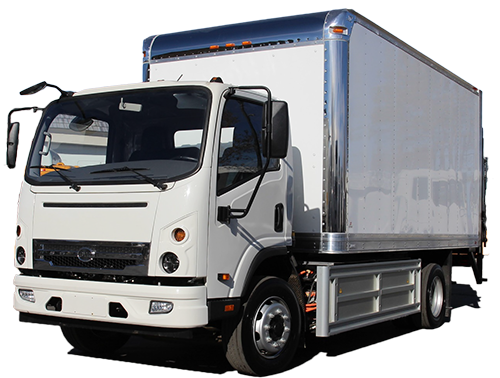 “In order to meet the County’s proposed carbon neutral goal of 2040, it is critical that the County transition its vehicle and bus fleets to non-carbon emitting vehicles as quickly as possible,” he said in a statement. “With the additional expenses for these new vehicles, and the potential need to replace fleet vehicles prior to their planned life cycles, federal and state funds will be key to the County meeting its goals and protecting our environment.”