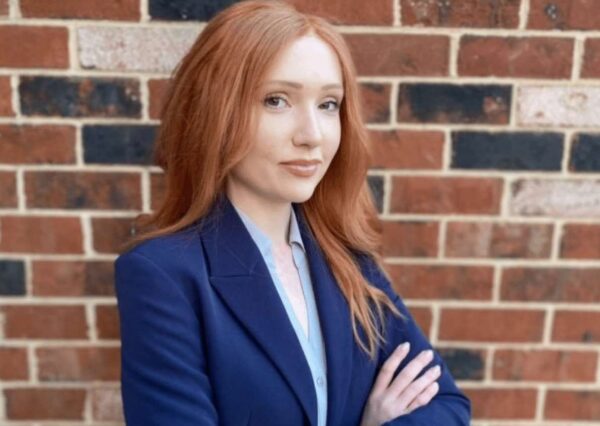 This opinion piece from Mary Barthelson, who is challenging Del. Ken Plum in the Democratic primary for the 36th House District seat, was submitted in response to Reston Now’s profile of the race. It does not reflect the opinion of Reston Now. Reston Now runs opinion columns from Plum every Thursday.

While speaking to voters, I have gotten frequent questions about topics ranging from criminal justice reform to my leadership style. Here are my short answers to your top asked questions.

What are your ideas on police reforms?

Police brutality is not something which only happens far away. We have seen police brutality in Virginia, including in Fairfax County. The Fairfax NAACP proposed maintaining the police budget along with 8 critical reforms which I support. In both the Donovan Lynch and Lt. Navario cases there were body camera failures. My background as a security engineer with experience developing body camera programs uniquely qualifies me to navigate expansion of Virginia’s program and ensure Virginia is utilizing technology appropriately in policing. Technology can be beneficial or harmful depending on how it’s used. Facial recognition has been discussed for its privacy concerns as well as its potential to inflame racial profiling due to higher rates of failure in identifying black people. There are, however, other forms of facial recognition which can be used to automatically obscure faces, which improve privacy. As innovation continues, the need to have a legislator present who can answer difficult questions in real time on the General Assembly floor grows. Virginia should not have to rely on the benevolence of lobbyists who are not elected by the people to ensure laws are getting passed.

Do you believe in campaign finance reform?

Virginia has some of the worst campaign finance laws in the country and attempts to change them recently have failed. There are currently no caps on personal contributions. Some of the financials I have seen in this election cycle as well as the past are deeply troubling. A few individuals hand picking elected officials and influence is undemocratic. Local communities should not have to compete with corporations and billionaires. Campaign finance reforms are important to ensure our legislators are representing the best interest of their voters. For that reason, I have not taken any corporate or PAC money. All of my donations have come from individual voters contributing an average of less than $100. I will do my part to get those campaign finance laws passed and hold elected officials accountable.

Do you support the legalization of drugs and sex work?

Having a moral disagreement with something does not mean that criminalizing it is the best way to address it. Drugs and sex work may be better addressed as civil and public health matters. Decriminalization helps collapse black markets which fund organized crime and human trafficking while also keeping consumers safe. In addition to two dozen teenagers dying in the last few years as a result of unregulated marijuana cartridges, Breonna Taylor was killed last year when police raided her home over drugs. The public understands there are risks to fighting crime. Children have been killed in their homes during drug raids and there was not a significant outcry. What was missing from the discussion around Breonna Taylor was that the response signaled a cultural shift away from seeing the war on drugs as legitimate crime fighting. People will not care whether or not police followed protocols if they don’t believe in the policies in the first place. We need to make sure the laws we ask our officers to enforce have public support. With more states and countries decriminalizing, we will have more examples to draw on to help craft new laws. I would like to carefully consider alternatives and discuss them with the General Assembly. The promising studies coming out of Johns Hopkins on the use of psilocybin for treating PTSD and depression could make reclassifying it from a schedule I drug the next realistic near-term goal.

Do you support affordable housing?

Quality housing is fundamental to family stability and well-being. I have pledged to reinstate the ‘Penny for Affordable Housing’ to ensure that we are meeting the need. President Biden’s American Rescue Plan (ARP) is assisting in funding some housing for Fairfax County. The Fairfax County Board of Supervisors is setting aside an additional half cent to raise $14 million for senior and affordable housing in the County FY22 budget. In addition, I support measures to ensure occupancy restrictions take into account home size and easing restrictions on accessory dwellings to make existing housing available.

What politicians do you admire most?

I admire the leadership of Danica Roem and Jennifer Wexton. I decided to enroll in Emerge Virginia last summer to learn about running for office after seeing Danica Roem was an Emerge alum. It has been inspiring to watch her combat bigotry and bring a voice to trans people. I hope that I can also be a voice for those waiting to be heard. Jennifer Wexton exemplified strong leadership when she took on Barbara Comstock and defended women’s right to healthcare. I would be proud to be the first woman to represent District 36 as House Delegate.