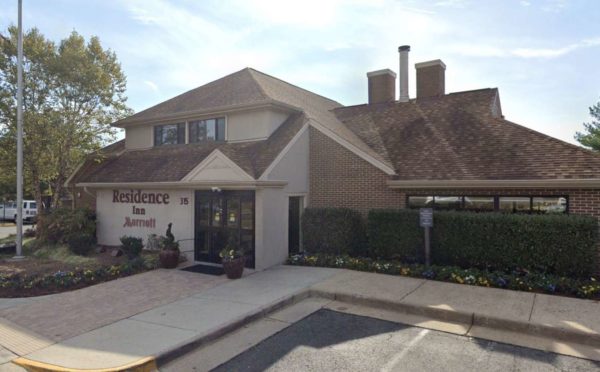 Discussion to redevelop the Residence Inn at 315 Elden Street in Herndon continues to progress.

In its work session on Tuesday (May 18), the Herndon Town Council agreed to explore the possibility of amending its zoning ordinance to increase the maximum density allowed in planned development urban residential districts for projects that feature an adaptive reuse of existing buildings.

The council will initiate consideration of the proposed text amendment during its public meeting on May 25.

“This step is required to bring it forward to discussion at a public hearing where the language can be refined, and then it comes back to the council for a final vote,” David Stromberg, a zoning administrator for the Town of Herndon, said.

The potential consideration was prompted by a proposal from the property owner of 315 Elden Street to reuse the existing hotel as a multi-family project.

The council took an initial step last November to remedy barriers for the redevelopment when it voted to amend the site’s land use designation from business corridor to adaptive area residential.

However, the multi-family zoning district in the current zoning ordinance doesn’t accommodate the density needed to convert the hotel units into dwelling units. The current maximum density is 20 dwelling units per acre.

The proposed amendment would allow a maximum density of 28 dwelling units per acre for only adaptive reuse projects. New construction would remain at the maximum 20 units per acre.

The Residence Inn property sits on approximately 6.5 acres with 168 hotel rooms, which would result in almost 26 dwelling units per acre.

Stromberg explained that the property owner’s proposal “would contain a significant affordable housing component.” The developer would propose a percentage of affordable units for the reuse project at a later date as part of the zoning map amendment process.

He added the text amendment consideration would include defining “adaptive reuse” and that the text would “specifically state that it’s the intention of the town that property owners seeking to rezone their properties to the plan development urban residential district provide a percentage of those units as dedicated affordable units.”