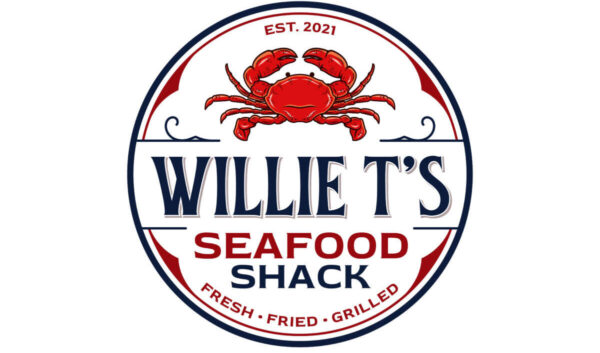 Willie T’s Seafood Shack, a ghost kitchen out of the Homewood Suites in Reston, is now open.

The seafood concept from Thompson Hospitality opened today (May 20) for delivery and curbside pick-up, a company spokesperson tells Reston Now.

Initially expecting an April opening, Willie T’s opted to push the timing back after making a decision to expand its menu with “more robust seafood offerings” like lobster rolls, grilled lobster, and crab cakes, the spokesperson says.

The cooking is being done out of the kitchen at Homewood Suites at 1735 Business Center Drive. The hotel is also owned by Thompson Hospitality, a Reston-based restaurant, facility management, and hospitality group.

In 2020, the company bought out Matchbox Food Group, which owns all of the Matchbox locations.

The group is currently “actively” looking for a brick and mortar location for Willie T’s in the Reston/Herndon area as well as Silver Spring, Maryland, the spokesperson says.

To avoid a lot of construction and enable the venue to open more quickly, Thompson Hospitality is searching for a second-generation restaurant space, meaning a location that has been already built out and leased to a previous food service tenant.

Thompson Hospitality hopes that Willie T’s will stay in Reston since a number of their businesses are in the area, the spokesperson noted.

A previous iteration of Willie T’s was set up in Dupont Circle in downtown D.C. before it moved across town to Connecticut Avenue NW and later closed.