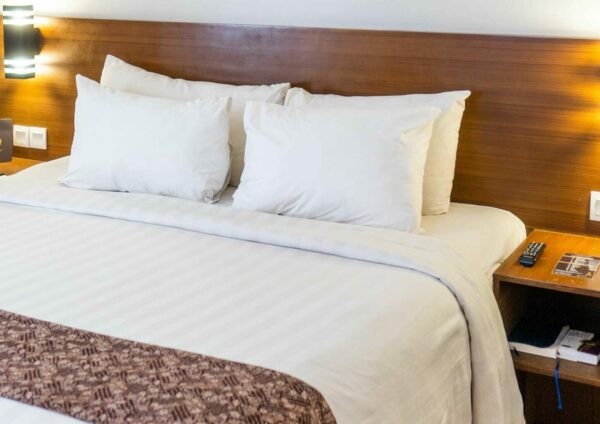 Fairfax County is developing a new grant program intended to help small businesses and nonprofits recover from the COVID-19 pandemic, but in a change from previous relief efforts, this program will first award money to hotels before determining recipients in other industries by lottery.

If it’s approved by the Fairfax County Board of Supervisors today (Tuesday) as scheduled, the proposed PIVOT Business Recovery Grant program will be supported by $25 million in federal funds from the American Rescue Plan Act passed by Congress in March.

“The estimated 48,200 jobs lost in Fairfax County through December 2020 were heavily concentrated in the food service, hospitality and retail sectors,” county staff said in the agenda for today’s meeting, which starts at noon.

Staff added that approximately 50% of job losses in the county in 2020 were lodging, food services, retail, arts, entertainment, and other services.

But why hotels should get first dibs on the new money over restaurants and other affected businesses remains unclear. A county spokesperson says it’s a draft and subject to change.

The background provided in the agenda item does note that Northern Virginia’s lodging industry has been struggling in comparison to the rest of the state:

According to the global hospitality data firm STR, Virginia lodging businesses experienced a 2020 monthly average 50.5 percent decrease compared to 2019 — totaling more than $2.2 billion in lost revenue. Northern Virginia is the only region in Virginia that continues to decline and as of March 2021 has the lowest revenue per room in the Commonwealth.

The plan says hotels with at least 10 rooms will be eligible for a grant. Businesses in the program could get the money if they have 500 employees or less and their principal place of business is in the county.

Hotels are not the only industry hit hard by the pandemic. An International Monetary Fund report shows that in the U.S., the pandemic at one point led to a crash in restaurant bookings as well as steep drops in flying and driving.

Small business owner Caleb Max, who acquired Pica Deli in Reston early in 2020, says it’s good that another part of the hospitality sector would be helped. While restaurants have gotten a boost from relief funds and promotional efforts like restaurant weeks, he said hotels seem to have been left out.

Max shared his thoughts even as his own business has became a victim of COVID-19, according to a handwritten sign on the restaurant’s door announcing the business’s closure.

Max received Paycheck Protection Program money to the tune of $17,241 for his eatery as well as other assistance, saying the money helped but still left a significant deficit with office workers no longer around as consistent customers.

“The aid was good, but for restaurants, we were hit so hard,” Max said.

The new business assistance plan comes after Fairfax County distributed around $52.6 million to small businesses and nonprofits last year through the Fairfax Relief Initiative to Support Employers (RISE) program. Recipients had to have less than 50 employees across all locations.

The RISE program, which helped over 4,800 recipients, dedicated at least 30% of the money to women-, minority- and veteran-owned businesses, which ended up with 72% of the funding, according to the county.

That aligns with the findings of a consultant report completed in January that said the county should target further assistance to help those most affected by the pandemic. It detailed how low-income and minority households faced greater difficulties in the workforce, along with women, who have been held back by affordable child care challenges.

END_OF_DOCUMENT_TOKEN_TO_BE_REPLACED

More Stories
Poll: Should Reston Association increase assessments to pay for staff and facility costs?Join The Kensington Reston every Saturday in June for a summer concert