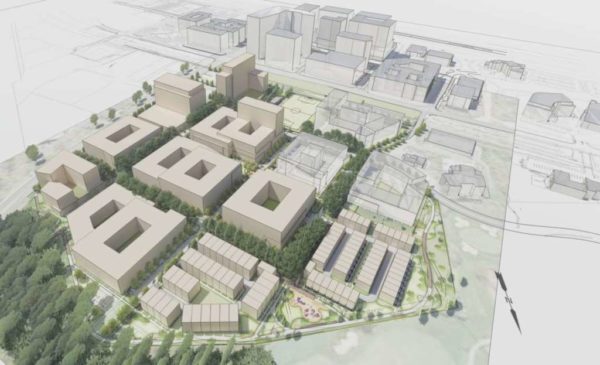 Final plans to begin redeveloping the northernmost portion of Isaac Newton Square, an approved mixed-use development near Hidden Creek Country Club, are heading toward the county for approval.

APA Properties plans to first tackle roughly 15 acres of the 32-acre project with new roads and infrastructure like stormwater facilities, utilities, and bio-retention infrastructure. Plans for that area, which is located north of Sunset Hills Road and west of Wiehle Avenue, are up for a vote by the Fairfax County Planning Commission on Oct. 6.

Plans for the massive project are forming up after the Fairfax County Board of Supervisors approved the complete project nearly two years ago. Once built out, Isaac Newton Square will include 2,100 residential units and nearly 329,000 square feet of office and retail space. 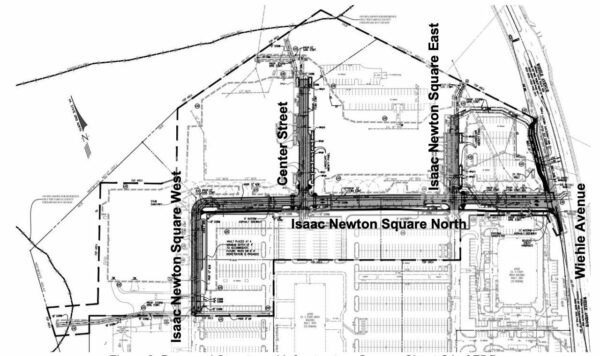 A major feature of the plan includes the retention of most of the mature Willow Oak trees on the site. A new mixed-use trail is planned along Wiehle Avenue north of its intersection with Isaac Newton Square North.

“Primarily, the concern is providing safe access to the Metro Station. That I thought we could do better in in terms of what we have been doing.” he said.

Eventually, APA Properties plans to remove office buildings on the site — 11440 and 11410 Isaac Newton Square North and 1928 Newton Square. A synthetic turf athletic field is also planned on the site.

More Stories
New Reston fire station on Wiehle Avenue gets new timelineLime Connect Century Ride: A ride to rebrand disability is back in Reston this Saturday