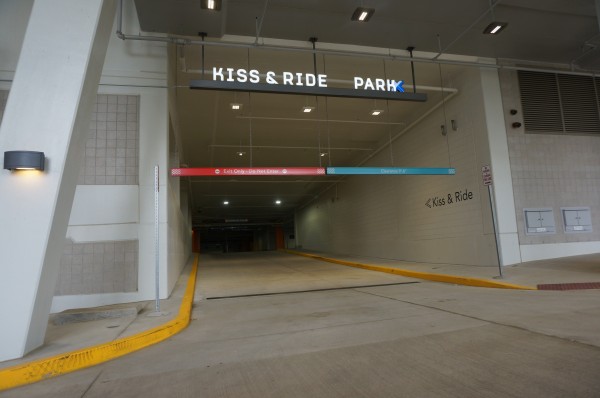 To date, the Washington Metropolitan Transit Authority (WMATA) has been running fare collection at the Wiehle-Reston East Metro Station — a county-owned facility — without compensation.

As a hand-off date for the 11.5-mile extension comes close to fruition, officials are now contemplating the best way for fare collections to continue. In a proposed agreement that goes before the Fairfax County Board of Supervisors today, the county is hoping to compensate WMATA for its efforts by paying roughly $45 per parking space per year.

The county does not own any other garages, a spokesperson for the Fairfax County Department of Transportation told Reston Now.

“We are paying for WMATA to operate the fare collection system in those garages so it is the same for all customers in the county,” said Robin Geiger, FCDOT’s spokesperson.

The yearly payment would amount to around $366,000, with funds largely being offset by parking fees collected at the facilities.

WMATA’s board is expected to take up the matter in a few months.

Wiehle-Reston East has the county’s first county-owned parking facility. With 2,300 spaces, it is the second largest of the new station. The Herndon station will have a 3,751 parking space garage while Innovation Center will have a 2,072-space parking garage.

The parking garage at Innovation Center Metro Station is located on the south side of the station.  The $52 million facility was sinking in 2019 and has since been repaired.

The Herndon Metro Station will serve the Herndon-Monroe Park and Ride garage, which has parking for roughly 3,500 cars. The new facility, constructed by Manhattan Construction Co., cost roughly $44.5 million.

The Wiehle-Reston East garage has 2,300 spaces, but some commuters have reported difficulty snagging spots and navigating signs in the garage, especially during early morning hours.

The county’s Board of Supervisors is expected to discuss the issue at a meeting today.