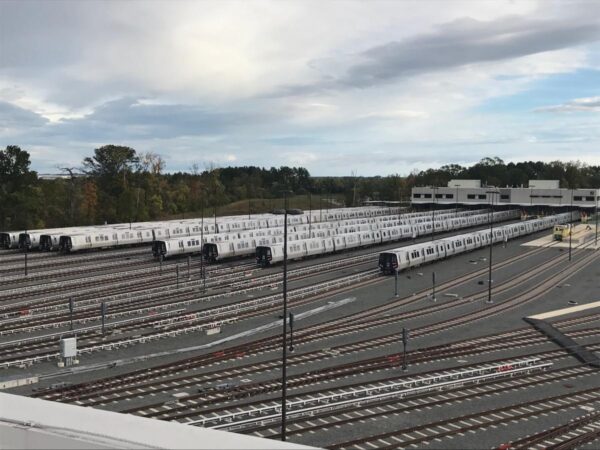 The 11.5-mile extension of the Silver Line into Loudoun County has cleared another major hurdle.

Contractors have finally completed the rail yard associated with the multibillion-dollar project, according to the Metropolitan Washington Airports Authority.

The announcement comes a little less than a month after most of the work on the phase two extension had been completed. The transportation project would bring the Silver line from Reston into Loudoun County with six new stations.

Metro has not yet announced when phase two trains will begin to run. But a tentative date of spring 2022 is under consideration. The transit agency will manage and operate the rail line.

MWAA is currently overseeing the construction of the delayed project, which will be handed off to Metro. The project has been marred by delays and construction-related issues.

The 90-acre rail yard and maintenance facility is located at Dulles International Airport.

John Potter, president and CEO of the MWAA, said that substantial completion of the rail yard is a “critical” step to complete the extension project.

“We are now one step closer to making that happen,” Potter wrote in a statement.

The rail yard contains facilities that enable trains to complete maintenance and pairs, along with providing storage for trains, spare parts, and maintenance. The facility can store 184 rail cars.

Phase two was first scheduled to finish off in 2019. Contractor issues, flawed materials, defective panels, bad concrete, and other issues have resulted in years of delays.