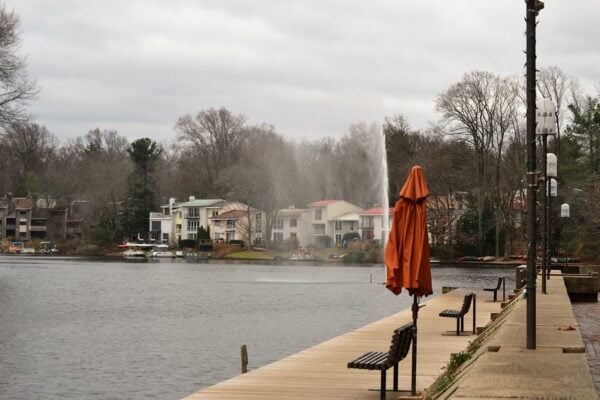 County officials could allocate $300,000 in funding in order to develop a long-term vision and revitalization plan for the aging Lake Anne Village Center.

The Fairfax County Board of Supervisors budget committee will discuss the matter at a meeting today (Tuesday). Funding would require adjusting the fiscal year 2022 budget, according to Hunter Mill District Supervisor Walter Alcorn.

In a Jan. 10 letter to Lake Anne residents, Alcorn said the funding would be used for economic envisioning and master planning in order to “support the long-term sustainable development planning for Lake Anne.”

In recent months, the village center has been the focus of renewed community focus due to the plaza’s deteriorating infrastructure and highly visible stagnation.

A little over a year ago, several condominium units in the plaza were without hot water for months.

The county’s Architectural Review Board is seeking a supplemental report to fill gaps of a cursory review of the plaza that flagged nearly $37 million in repairs for the aging area.

The review was conducted by the county’s Department of Public Works and Environmental Services and Samaha Associates, an architectural firm, but the ARB said it failed to account for Lake Anne’s status as a historic district, among other concerns.

The supplemental report would expand on the previous report, which was issued in September.

The Board of Supervisors is expected to discuss the newly proposed funding at a meeting on Jan. 25.