The company purchased Summit I, the home of Noblis, Inc., and Summit II on 2000 and 2002 Edmund Halley Drive from JBG Smith Properties for $95 million.

The acquisition expands Brookfield’s footprint in Reston. Although the offices have the potential of 290,000 rentable square feet, CBRE has marketed the property as a redevelopment project that could yield up to 1.2 million square feet of mixed-used development.

“The sale of Summit I and II is consistent with our strategy to take advantage of market conditions to recycle capital, deleverage our balance sheet and reinvest the proceeds in higher-yielding growth opportunities,” Matt Kelly JBG Smith’s Chief Executive Officer wrote in a statement.

JBG Smith bought the buildings for $51 million in 2012 and renovated them. The company maintains ownership of other major sites near Wiehle-Reston East Metro Station, VY at Reston Heights and RTC West. 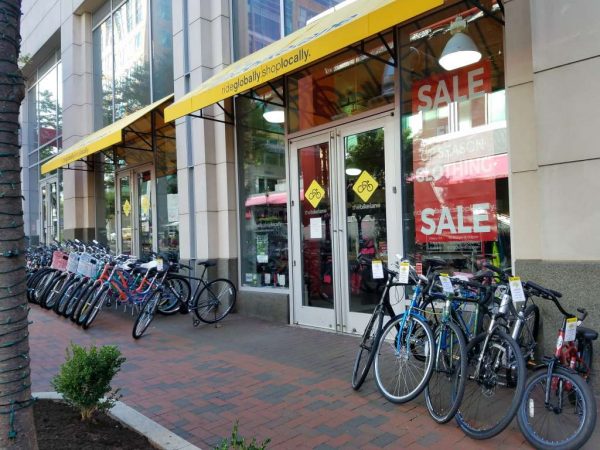 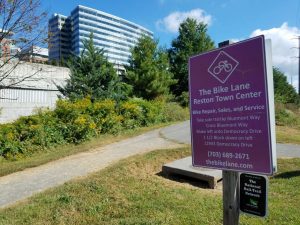 In January, when RTC owner Boston Properties initiated its ParkRTC paid-parking system, The Bike Lane announced it would actively seek a new home. A representative at The Bike Lane said Wednesday morning that “it is no secret” the store will be exiting Reston Town Center soon, but he could provide no further information.

“We are relocating, but we are not ready to publicly announce where we will be relocating,” said Anne Mader, co-owner of the shop along with her husband, Todd, in an email to Reston Now. “We should be ready in the next week or so.”

Muse Paintbar has more than two dozen locations along the East Coast from Portland, Maine to Virginia Beach. In the DC Metro, it has locations at the National Harbor, in Gaithersburg and at Merrifield’s Mosaic District. It has another location listed as coming soon to Centreville.

We have reached out to representatives of CBRE and Reston Town Center for comment. More information will be provided as it becomes available.