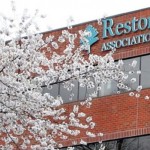 The Fairfax County Board of Supervisors (BOS) officially adopted its budget for FY2018 on Tuesday, with a 2.79-percent increase in funding for schools and nearly $2 million in additional funding for assistance to those suffering from mental illnesses.

County supervisors also voted to keep real estate taxes at the same rate of $1.13 per $100 assessed value of a property.

In a statement released around 11 a.m. Tuesday, following the BOS meeting, Chairman Sharon Bulova said “few changes” were made to the proposed budget that was previously advertised.

Though it falls roughly $47 million short of what education advocates told the County they needed, the superviors approved a 2.79-percent increase in funding for schools, bringing Fairfax County Public Schools’ annual budget to $2.17 billion for the upcoming 2017-18 school year. The increase is equivalent to an additional $53.4 million over FY2017. END_OF_DOCUMENT_TOKEN_TO_BE_REPLACED