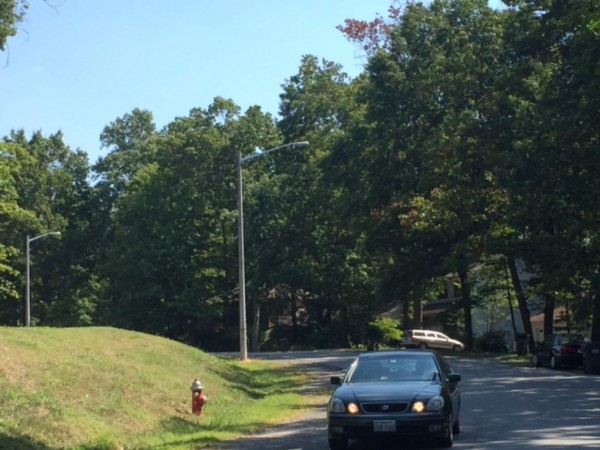 Four of 10 planned light poles were installed two weeks ago as part of the renovation project at Sunrise Valley Elementary School. A Fairfax County Department of Public Works and Environmental Services spokesman says the lighting is standard for all county redevelopment, including schools.

But the powerful lights — similar to what are installed along the Dulles Toll Road — are directly across from single-family homes on Cross School Road, and that is a bit too much lighting, residents say.

“The lights they’ve installed on this very short stretch of road between Sunrise Valley and Midsummer are in addition to several lights the county has already installed at the school — which is now very well lit,” said Cross School resident Roberta Gosling in a letter to neighbors. “As a result of multiple phone calls from the neighbors to both the county and to Cathy Hudgins’ office, when Dominion showed up to install the remaining six [of 10] lights, they got a call to put the project on hold.”

Gosling said the residents are working to have the four lights removed and the project halted.  END_OF_DOCUMENT_TOKEN_TO_BE_REPLACED 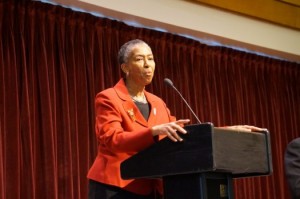 Hudgins’ office says “the Open House will provide an opportunity for the Reston community to gather information on proposed, planned and anticipated development activity within the Transit Station Areas.”

“In addition, Fairfax County Government agencies will also present other area projects at this event,” Hudgins’ office says. “The overall goal is for property owners and/or developers to share with the community a comprehensive vision of what is being considered for the future of Reston.”

A request for more information has not been returned, so no word if the blueprint includes any information about a new redevelopment plan for the Lake Anne area.

After years of meetings, Republic Land Development’s plan for the Fairfax County-owned Crescent Apartments was approved by the Fairfax County Board of Supervisors in March 2015. Republic pulled out of the deal at the end of 2015.

It is anticipated that the county will open up another Request for Proposals or formulate a new vision for redevelopment in the area, but nothing has been announced yet. 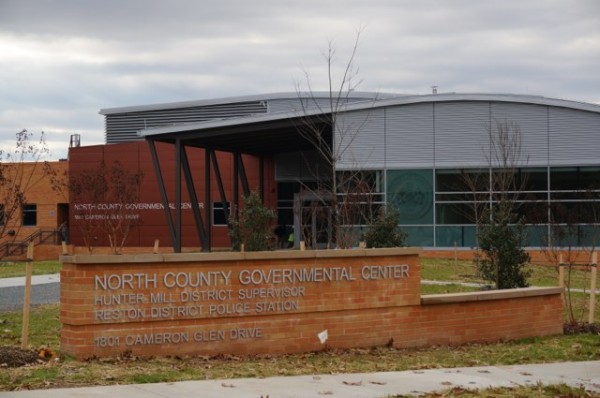 After years of construction and a move-in delay of several months, the offices of Hunter Mill Supervisor Cathy Hudgins and the Fairfax County Police’s Reston District Station are slated to to move into the new North County Government Center Feb. 23 and 24.

The new building, at 1801 Cameron Glen Dr., has been under construction for more than two years. The current building, constructed in 1985, will be torn down to make way for a parking lot after the moves are complete.

A 2006 bond referendum provided the $18 million funding for the new building.

The new building will be approximate 35,000 square feet, which is nearly double the size of the current building.

The supervisor’s section of the building will include a larger community room. The project will be seeking a LEED Silver certification by incorporating high-efficiency plumbing and HVAC systems, water efficient landscaping, a “cool roof” with high reflectivity, use of recycled components and low-emitting materials and construction waste management practices.

There are also plans to include a public art work on the east side of the building.

County offices may be hard to reach as phones are disconnected on moving day, but after that all phone numbers will remain the same, county officials said.

The building is the first new construction in the “Town Center North” area, which may eventually include a new library, replacement of the Embry Rucker Community Center, a new community center and other mixed-use amenities.

There will be grand opening event for the facility later this year.