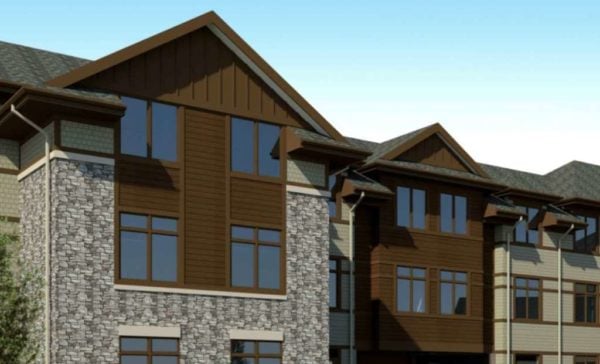 Plans for a 75-unit assisted living facility are coming closer to reality on 11501 Sunrise Valley Drive next month.

The demolition of the building is scheduled for May 1, according to Dan Gorham, founding partner of Kensington Senior Living. Construction is expected to begin soon after and could take between 16 and 18 months, followed by several weeks for licensing and permitting, Gorham told Reston Now.

The project could be completed as early as the end of next year, Gorham estimated. It will consist of a 66,200 square foot building. The Fairfax County Board of Supervisors approved the project in February last year.

The site is home to the Ivy Preparatory School. County permits processed on April 5 indicated the school could locate to 1441 Wiehle Avenue. The owners of the school did not immediately respond to a request for comment and an office person declined to release details on when or where the school will relocate.

The 65,000-square-foot building, which will include between two to three stories, is slated to take over existing development at 11501 Sunrise Valley Drive.

The Fairfax County Board of Supervisors approved the 72-unit project on Feb. 20. Now, the developer has the approval of Reston Association’s Design Review Board.

At a DRB meeting on June 19, the panel sent the design back for revisions, including enhanced screening for the adjacent Wethersfeld Cluster, uniform windows and updates to the building’s color palette similar to initial designs. The DRB approved the project on Thursday.

After weeks of deferrals, the Fairfax County Board of Supervisors approved a plan to bring a 91-unit assisted living facility to 11501 Sunrise Valley Drive yesterday.

The plan by Kensington Senior Development drew vehement opposition from neighboring residents who argued the building was being shoehorned onto a small site. The facility will bring an end to Good Beginnings School, a childcare program currently on the site.

Cathy Hudgins, the supervisor for the Hunter Mill District, said county officials worked with residents and the developer to reach an amicable solution in response to residents’ concerns. She said stakeholder meetings brought about “agreeable solutions” in response to concerns about the height of the building and screening between the facility and the surrounding residential community.

“I appreciate the cooperation of the community as well as the applicant,” Hudgins said. 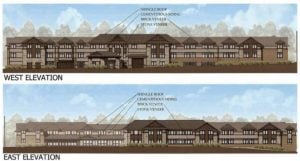 County officials have not reached a decision on a controversial plan to bring an assisted living facility to 11501 Sunrise Valley Drive.

For the second time this year, the county’s Board of Supervisors unanimously deferred a decision to Feb. 20 at 3:30 p.m.

At a Tuesday board meeting, Hunter Mill District Supervisor Cathy Hudgins did not explain why the decision was delayed. In January, Hudgins said she wanted to work with residents and the developer of Kensington Senior Development to tackle concerns raised by residents over several months.

Neighboring residents have expressed staunch opposition to the plan, which they said shoehorns a large, incompatible facility in an established, residential area.

The building, which would include up to 125 beds and 91 rooms, is more than eight times larger than the current child care facility on the site.

This story may be updated. 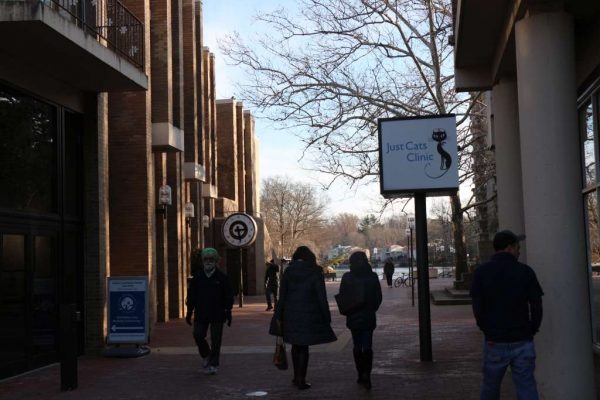 County Set to Decide on Assisted-living Facility Today – A decision on a proposal to bring the 91-unit project, called Kensington Senior Development, to 11501 Sunrise Valley drive is expected today at around 3:30 p.m. The project has drawn backlash from neighboring residents. [Fairfax County Government]

One-on-One Time with Hunter Mill District Supervisor Cathy Hudgins – On Wednesday, Hudgins will be available to discuss issues with residents. No appointments are necessary for the drop-in time from 4-6 p.m. at Reston Regional Library. 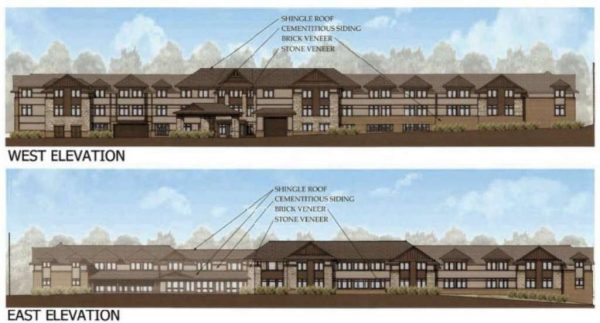 The Fairfax County Board of Supervisors deferred a decision on a proposal to bring a 91-unit assisted living facility to 11501 Sunrise Valley Drive amid backlash from residents neighboring the project.

At a Tuesday night meeting, Hunter Mill District Supervisor Cathy Hudgins said she wanted to work with residents and the developer Kensington Senior Development to tackle concerns raised by residents over several months.

During the meeting, residents continued to protest the location of the two-to-three story building, which they said was shoehorned onto 1.8 acres. The new structure, which would replaces Good Beginning School, a child care facility, is more than eight times larger than the current building. The facility would include up to 125 beds and up to 91 rooms.

Responding to residents’ concerns about limited privacy and the overwhelming nature of the plan, Hudgins said the application was “difficult” even though “the zoning is what the zoning is.”

“The zoning change has been made and it is an acceptable development in the center,” she said. “It’s just difficult for the neighbors to accept as far as the size and the screening that is provided.”

The board will vote on the project on Feb. 6 at 3:30 p.m — a delay that allows Hudgins says allows the stakeholders to settle concerns.

The developer’s representative, Mark Looney of Cooley LLP, pointed to the “evolution” of the plan since it was originally proposed. After back and forth with county entities like the Design Review Board, the developer scaled back the plan by reducing the number of stories from five to either two or three stories.

In a November staff report, the county’s Department of Planning and Zoning recommended approval of the plan.

Despite opposition from a neighboring townhouse community, the Fairfax County Planning Commission approved a plan to replace a daycare center with a 70-unit assisted living facility on 11501 Sunrise Valley Drive Thursday night.

Members of the body, which provides recommendations to the county’s Board of Supervisors, said the developer Kensington Senior Development worked closely with the county to reduce the size and scale of the building, which is nearly eight times larger than the current structure, to ensure the proposal was in line with county policies and regulations.

At a Nov. 30 public hearing, residents unanimously opposed the proposal, which they said was too large for the site and incompatible with the community south of Sunrise Valley Drive. The proposal calls for a two-to-three story building with roughly 65,000 square feet and a parking garage.

However, Frank de la Fe, the commissioner for the Hunter Mill District, said the location of the facility near small, residential neighborhoods was not unusual or concerning, especially since a local healthcare advisory committee emphasized the need for the center and because the developer scaled back its development proposal.

He also noted the plan had adequate buffering to screen surrounding neighborhoods from the facility.

“I’m not quite sure what [the neighbors] would be satisfied with next door in a redevelopment situation,” de la Fe said.

Although the case was “close” and “difficult,” James Hart, an at-large member, said the developer’s plan met a critical need in Fairfax County for assisted living facilities for seniors in an area where he said developable land is “running out.”

“I think it would’ve been an easier case if it was a smaller building but it meets all of the requirements in the plan and in the ordinance,” Hart said, adding that the rhythm of the building was very similar to townhouse development.

However, at-large member Mary Cortina said the size of the facility was stretched out to reduce its height, leaving people who use the facility with little to no amenities and diminished quality of life.

The developer has committed to working with neighborhoods to provide additional landscaping to create a larger buffer and was willing to contribute funding for pedestrian and bicycle improvements in the area, according to the commission.

The managing partner of a convenience center next to the proposed facility also supported the plan. Good Beginning School, the daycare has been open on the site for nearly 40 years.

The county’s Board of Supervisors will consider the proposal next year.

A plan to bring an assisted-living facility to11501 Sunrise Valley Drive continued to draw ire from nearby residents Thursday night.

At a public hearing before the Fairfax County Planning Commission, residents argued the 70-unit building, which would replace Good Beginnings School, a childcare facility, was incompatible with the surrounding residential area south of Sunrise Valley Drive.

The developer’s representative, Mark Looney of Cooley LLP, said the developer scaled back the plan significantly after several iterations with Reston’s Design Review Board earlier this year. The latest plan reduces the overall mass of the project from 91,000 to 65,000 square feet, including a reduction of 21 units and 34 beds, attempts to create a more residential-style building and eliminates one floor of the building, he said.

Despite these revisions, residents said the project was too large and too overwhelming for the south side of Sunrise Valley Drive, an area they said was intended to remain largely residential and offer a hard break between high-intensity, high-density land uses in other parts of the community.

Jane Anthony, a resident of the Wethersfield Cluster since the late 1970s, said the project was more appropriate for the Dulles Toll Road Corridor where it would not “disturb the peace” of a long-standing residential community and infringe on the privacy of a commercial convenience center near the site.

“It is shoehorned into a very small area… growth is good but not at the expense of the quality of life of residents,” she said.

Others said the project did provide adequate buffering between a townhouse community on Approach Lane that faces the site. Lynwood Patin, a resident who testified in opposition to the plan, said the plan was “intimidating and overbearing,” providing clear “visual access over privacy fences on Approach Lane.”

Looney, however, said residents have not yet accepted the developer’s offer to enhance landscaping and buffering on the street opposite of the site. He also said the privacy concern “works both ways” for nearby residents and those in the living facility.

“The applicant wants to be a good long-term neighbor to them,” he said.

Others like Stephen Cerny, president of the Wethersfield Cluster Association, said the project wholly violated the spirit of Reston’s Master Plan by overwhelming a small site in an area that he said was intended to remain a “status quo” area on the south side of Sunrise Valley Drive.

James Hart, an at-large member of the committee, however, said the plan did not contain any specific guidance that the building was too large or incompatible with the area. The county’s zoning allows the developer to seek a special exception to permit a medical care facility, which is classified as an allowed institutional use, he said.

Looney also noted that the land’s by-right uses could also allow for a more intense, high-density residential development than what Kensington Senior Development has proposed.

The Planning Commission will continue to hear the case in the upcoming weeks. A decision on the petition was deferred Thursday.

The assisted living facility would replace a 7,600-square foot building currently used as a child care center by Good Beginnings School. The building was built in 1978.

The latest plans include significant alterations from previous versions, including a reduction from five stories to either two or three stories. The facility will include up to 105 beds and up to 75 rooms. The plan also includes 67 parking garage spaces and recreations and amenity space for residents on the ground floor patio.

In a staff report, the county’s Department of Planning and Zoning recommended approval of the plan, which was submitted last year.