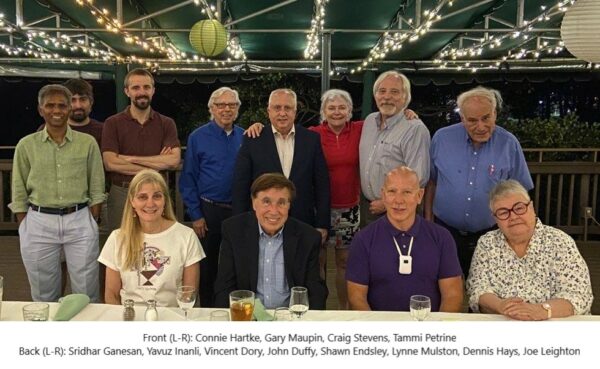 The Reston Citizens Association officially has a new board of directors.

The nonprofit community organization, which represents about 60,000 Reston residents, announced the new board members yesterday (Wednesday) after holding an election on May 27 to fill four seats on the 13-person board.

The new directors are Yavuz Inanli and Vincent Dory, who won the two at-large seats that were up for election this year, and Joe Leighton, who now represents South Lakes.

RCA also sought candidates for a Hunters Woods seat, but for now, that area will be represented solely by Connie Hartke, who has served in the position since 2013.

“We do still have one other vacancy for the Hunters Woods District and are always receptive to expressions of interest,” incoming RCA President Lynne Mulston told Reston Now.

Mulston has been nominated to serve as RCA president for the next year, taking over from Hays. Maupin will succeed her as vice president, with Leighton as treasurer and Endsley as secretary rounding out the new officers.

RCA directors each serve three-year terms and are selected by Reston residents. Everyone present at the board’s meeting on May 27 was entitled to a vote, including members of the public, according to Mulston.

Founded in 1967, the nonprofit says its vision is to “promote Reston’s vision and planning principles, to sustain and enhance its quality of life now and in the future.”

“RCA takes a holistic approach to understanding the Reston community’s needs and desires and proposes results-oriented solutions,” Mulston said in a statement. “The passion and energy that this RCA board brings to advancing RCA’s mission is encouraging.”

The Reston Citizens Association is on the lookout for residents who want to get more involved in the community.

The association will hold an election on May 27 to fill four district seats on its board of directors, which consists of 13 members who serve three-year terms. The filing deadline for candidates is coming in just 10 days on May 24.

A nonprofit, non-partisan organization that serves more than 60,000 residents, RCA says in a news release calling for candidates that this will be an “exciting” year, with the Reston Comprehensive Plan Study Task Force preparing to wrap up its review of a document that will shape the area’s future.

Other issues that RCA expects to tackle in the near-future include major transportation projects like the proposed Town Center Parkway underpass and the ongoing commitment to preserving Reston’s golf courses.

“We have learned in recent years the importance of having an informed and involved community,” RCA President Dennis Hays said. “By working together we are able to have an effective — and if need be loud — voice in preserving the Reston we have come to love and cherish.”

Candidates must be Reston residents who live in the Reston Community Center tax district, also known as Small Tax District 5. They must also be 18 years of age or older and vote at Reston district precincts.

The application can be downloaded from the RCA website, and completed forms must be submitted by email to RCA Elections Chair Brian Steiner at [email protected]

Any questions can be sent to RCA at [email protected]

Snow Possible Tonight — “Precipitation breaks out sometime after 3 p.m., probably starting as light rain before changing to a sleet/snow mix. Mixed precipitation will continue to fall lightly through midnight, probably changing back to light rain overnight. High temperatures in the mid- to upper 30s. Accumulations in the D.C. metro area will be mostly confined to grassy surfaces.” [Capital Weather Gang] 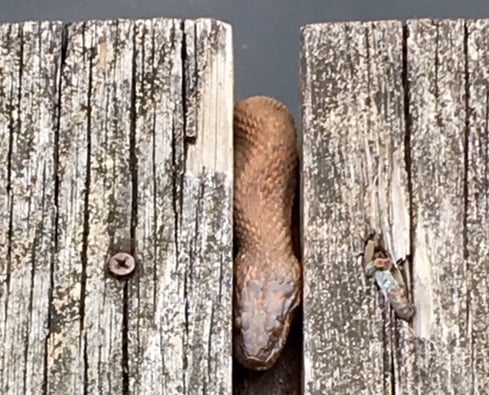 Happening nearby: Goodbye, orange cones — Route 7 improvements in Tysons are complete. Changes include wider bridges over the Dulles Toll Road and a new shared-use link. [Virginia Department of Transportation]

This letter was submitted by members of the Reston Citizens Association. It does not reflect the opinions of Reston Now. We publish article and opinion contributions of specific interest to the Reston community. Contributions may be edited for length or content.

If you live in Reston, you surely know that it is a world-renowned master-planned community. Back in 1967, when people realized there would be no mayor or city council for our community, concerned citizens created the Reston Community Association (RCA) to represent its citizens and to monitor and encourage responsible development. Now called the Reston Citizens Association, RCA is still the only community-wide, non-partisan, and action-oriented organization in which everyone that lives, works and plays in Reston has a voice.

Want to take an active role in the future of Reston? Run for a seat on the RCA board!

There are eight seats available in the 2018 elections.  To run for a director seat, you must live in Small Tax District 5, be a Reston resident 18 years or older, and must live in the district which you plan to represent.  Elections will be held from June 7 to June 22 for four district seats and four at-large seats for its Board of Directors.

As a member of the RCA Board of Directors, you will interact with the community on the issues that impact them, meet with county and other local officials, and report on public meetings. You will collect information, provide analysis and, based upon feedback received from the public, inform various local organizations and news outlets directly about public expectations for outcomes on issues that affect Reston.

Your completed application must be sent to [email protected] by May 30. Terms begin at the June 25 board meeting. Download an application online.