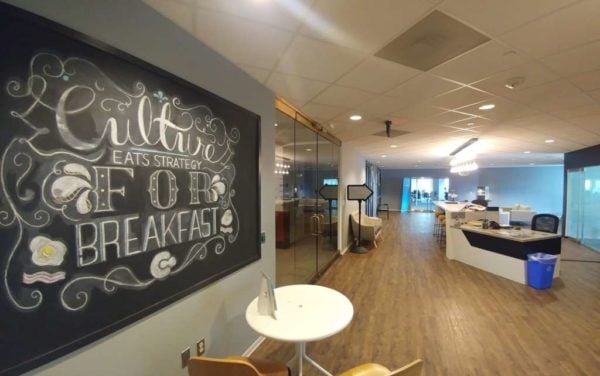 Reston-based Refraction is eyeing larger office space in the area in preparation for an expansion that will add 800 jobs in the next five years.

Currently located in Reston Town Center, Refraction plans to use a portion of the recent $1 million investment from Fairfax County toward securing new office space.

The county’s Board of Supervisors approved the use of the economic development funds yesterday (Nov. 20) for the company’s expansion.

Founded in 2014, Refraction (11911 Freedom Drive, Suite 850) is a coworking community for startups and high-growth companies. The “innovation hub” provides educational programs, along with networking and mentoring events. Currently, more than 55 companies are a part of the Refraction community.

Esther Lee, CEO of Refraction, said conversations about the move started a few months ago. Refraction wants to keep its Reston roots in order to strengthen the area’s “innovation ecosystem” by encouraging companies in its coworking space to stay and add new jobs.

A report by the Brookings Institution last year found that the D.C.-area has had the biggest loss of digital tech jobs in a five-year span compared to 50 other cities with large digital employment.

Lee called the report “alarming” and said she wants to see Refraction take an active role in boosting job growth in the region. “We want to grow the future Googles and Amazons of the world,” Lee said.

Refraction is looking to move to an office space in Reston that it roughly 25,000 square-feet in the next three to six months, she said, adding that finding a new location, receiving tenant approval and signing the lease all take time.

Refraction is working with Boston Properties to find another space in Reston Town Center.

The move to the larger space affects the launch of the Refraction’s apprenticeship program it is currently developing with the Northern Virginia Community College.

The apprenticeship, which is supported by the funding from the county, train workers for startups and high-growth companies. The goal is to launch the program early next year, Lee said.

“Lots of companies have a hard time hiring people with the right skill sets,” she said. “Many kids coming right out of college haven’t had startup experience.”

Fairfax County’s Board of Supervisors approved today a $1 million investment in Reston-based Refraction’s expansion, which plans to add 800 jobs in the next five years.

In addition to the new tech jobs, the investment is anticipated to go toward training 2,500 workers and eventually lead to $200 million in new capital investment over the next five years.

The funding will also support Refraction’s apprenticeship program under development with the Northern Virginia Community College to train workers for startups and high-growth companies, along with assisting Refraction’s move to a larger space in Reston.

The board approved the use of the economic development funds at its Nov. 20 meeting. Under its agreement with the county, Refraction must report its financial results and success metrics annually.

Founded in 2014, Refraction (11911 Freedom Drive, Suite 850) is a coworking community for startups and high-growth companies. Located at Reston Town Center, the “innovation hub” provides educational programs, along with networking and mentoring events.

The Refraction community has had more than 100 companies who have collectively raised $126 million in capital, according to a Refraction press release.

“As a county, we’re making strategic investments that help to support and grow our region’s innovation ecosystem, such as offering tech startups access to entrepreneurial expertise so they can scale their businesses,” she said.

Refraction will also partner with the county’s chief equity officer and public schools to train girls and students from underrepresented and economically disadvantaged communities on entrepreneurship skills — a partnership that supports the social and racial equity policy, One Fairfax.

County officials have said that a focus on women and minorities is especially important as the tech industry increases diversity in its workforce.

Last week, another Reston-based company announced an expansion that will create more jobs, just days after Amazon’s decision to bring its second headquarters to Crystal City.

IT services firm 1901 Group announced last Thursday (Nov. 15) that it will bring 225 more jobs to Reston in the next three years as part of a $4 million expansion.

Entrepreneurs, technology companies and students are invited to tackle one of the county’s most pressing challenges on November: historically gridlocked transportation.

The county and the Virginia Department of Transportation are partnering to present the Transportation and Mobility Hackathon on Nov. 16 and 17 at the Refraction in Reston. Registration ends on Monday at 5 p.m. Space is limited and the event begins at 10:30.

Participants will have the opportunity to pitch projects for future collaborations with public and private partners. Cash prizes for ideas range between $1,500 and $3,000. The hackathon is designed to open doors for creative, new technologies that will relieve congestion, boost safety and improve mobility especially for seniors and individuals with disabilities.

In a statement, the county indicated the event is intended to “spur the development of innovative new technologies and grow and diversify our economy.” 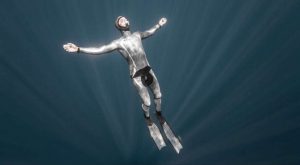 The Washington West Film Festival launches today in Reston with a free screening of Deep — Mare Nostrum at Refraction (11911 Freedom Dr.) at 5 p.m.

The movie follows the story of Sofia, who trains to dive after her twin brother dies in a diving championship. The young diver attempts to avenge her brother’s honor after media reports suggested he died due to his own negligence.

This year’s festival will run through Saturday. The complete schedule of screenings, discussions with filmmakers and other events in the area is online. 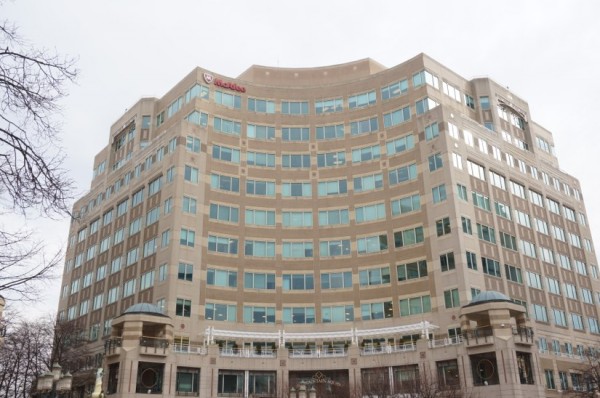 There is a new place in town for big thinkers, startups and other creative communities.

Canvas had been operating a co-working space in its previous Reston location across Reston Parkway. That location helped served as a launchpad for several successful area startups, many of whom have moved into the new space along with Canvas, says Quigley.

“The Greater Washington region already boasts sufficient co-working locations for early-stage tech startups and young entrepreneurs looking to hatch ideas and companies,” Quigley said in a press release. “As evidenced by our diverse group of initial tenants, Refraction is focused on startups and organizations from the vibrant tech, nonprofit and artist communities in Northern Virginia that are past the ideation stage and looking to scale.”

Entrepreneurs and organizations interested in locating at Refraction can secure offices and desks on an ongoing, monthly or daily basis.

The space will also have a launch party on Wednesday, April 30 from 5 to 9 p.m. To RSVP: https://nvite.com/refractionlaunch/party.