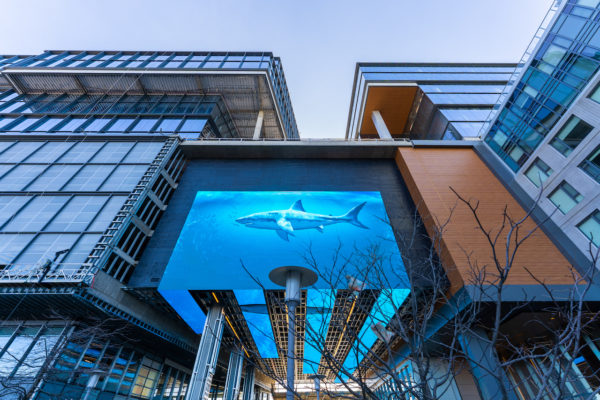 The digital LED screen was installed late last year by the developer Comstock Holdings and shows a illuminated shark tank on a twenty minute loop.

Additional digital art being featured on the screen on the loop are daily Google doodles and cityscape flyovers. Commuter information is also displayed.

Outdoor movies and concert performances on the screen are being planned for the spring and summer.

The screen is 31-feet in height and 55-feet wide and hangs at the center of the Reston Metro Plaza at Reston Station.

This isn’t the only art that’s been put on display at the Metro station in recent years.

Several former D.C. public art pieces have found forever homes at Reston Station, including three that were once part of the D.C. Commission on the Arts and Humanities 2002 “Party Animal” street sculpture collection.

Additionally, two pandas that were previously among the more than 150 panda sculptures that dotted D.C. in 2004 are also now at Reston Station.

In 2018, Italian sculptor Lorenzo Quinn’s bronze work The Force of Nature was installed at the station. Another Quinn art piece can also be viewed in the lobby of 1900 Reston Metro Plaza, which is the office building above the Metro station.

Last year, a new mosaic art installation was added outside of the apartment building near the Metro station.

And, in January, Virginia’s iconic “LOVE” letters were installed at Reston Station. The nearly 8,000 pound sculpture will remain there as part of its permanent art collection.

“We believe public art strengthens a community’s identity and sense of place and bolsters the reputation as a stimulating place to live, work, and visit,” said Christopher Clemente, CEO of Comstock, wrote in a press release. “Comstock believes the inclusion of art in development projects serves the common good in a manner that enhances architectural designs, landscaping and streetscapes.” 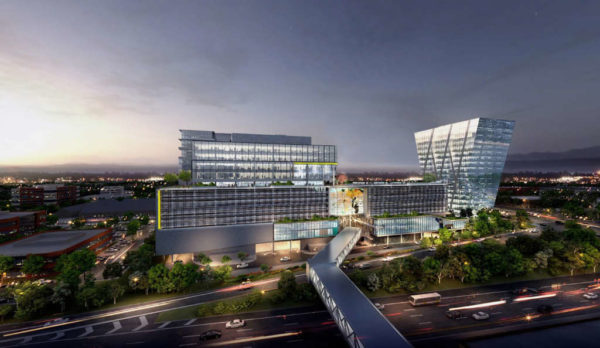 The restaurant, which serves up northern Italian foods like aged steaks, pasta, and desserts, occupies retail space in a building that will be the future headquarters of international consulting firm ICF. Plans also include a Davio’s “grab and go” Italian market with ready-made selections.

Steve DiFillippo, the chef and owner of the steakhouse, says he’s looking forward to expanding his Boston-based business into the area.

“It’s always been a dream of mine to open a restaurant in Northern Virginia and what could possible be better than being at Reston Station,” DiFillippo said in a statement.

The restaurant expects to open in 2022 when ICF Global occupies the office tower in 2022.

Here’s more about Davio’s from Comstock:

The concept behind Davio’s Northern Italian Steakhouse is simple, regional Italian food with a focus on the grill. Davio’s offers everything from prime aged steaks, fresh seafood and salads as well as handmade pasta creations. Davio’s takes great pride in serving guests with an expert kitchen and attentive staff in the dining room, offering an exceptional dining experience unlike any other with a focus on hospitality. Chef-Restaurateur, Steve DiFillippo published his first business and hospitality book, “It’s All About the Guest: Exceeding Expectations in Business and in Life the Davio’s Way.” For more information visit www.davios.com or www.stevedifillippo.com.

“Davio’s nationally renowned operation and award-winning menu compliments the existing range of offerings at Reston Station,” said Tim Steffan, EVP/Asset Management, Development and Leasing for Comstock. “We are delighted to have such a high caliber addition joining our food and beverage line-up in the Reston Station neighborhood.”

Other retail tenants that are part of Comstock’s second phase of development are also forthcoming. CVS Pharmacy plans to open on March 1. Big Buns Damn Good Burgers and matchbox have not officially indicated when they plan to open. 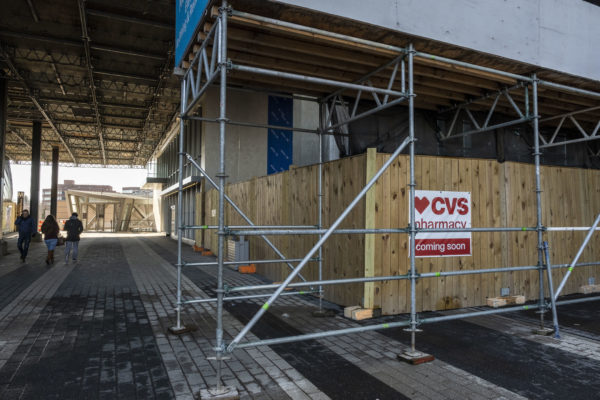 Reston Station, a major mixed-use project at the Wiehle-Reston East Metro Station, will welcome its newest tenant on March 1.

After permitting delays and an anticipated opening in December, CVS Pharmacy will open at 1906 Reston Metro Plaza between the entrance to the station and Starbucks on the plaza.

The business will occupy roughly 8,451 square feet of space.

Here’s more from Comstock, Reston Station’s developer, on the opening:

Adding CVS to the project’s retail will provide convenient on-site access to prescription medication and pharmacy experts, health and wellness products, and flu shots to Reston Station’s office tenants and commuters. CVS Pharmacy serves millions of consumers around the country with programs including a curated grocery and food selection, elevated beauty, customer-driven personalization with the ExtraCare Rewards program, and an enhanced assortment of health and wellness products.

“The addition of CVS Pharmacy to the Reston Station neighborhood aligns with our commitment to provide convenience and service to our tenants and residents,” said Tim Steffan, EVP/Asset Management, Development and Leasing for Comstock. “We are pleased to welcome this national retailer to our community, and look forward to growing our retail tenants in 2020.”

The company was the first to sign a lease for plaza-level retail space in Reston Station’s third tower, which is currently under construction. 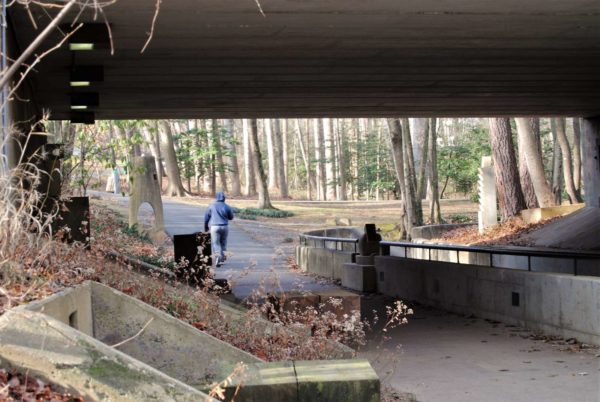 Sunoco Gas Station in Herndon Robbed — The gas station on 12370 Coppermine Road was robbed on Friday, Jan. 25. Police believe a man threatened a store clerk with a knife and took off with cash and merchandise. The suspect is described as black and in his 20s. [Fairfax County Police Department] 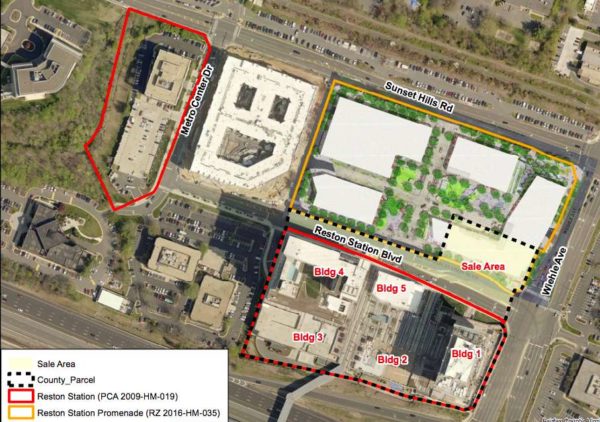 The county is planning to sell a roughly one-acre parcel of land north of Reston Station Boulevard.

Under the proposal, which will be considered by the Fairfax County Board of Supervisors tomorrow (Tuesday) will consider selling off the land so it can be integrated in the rezoning of Reston Station Promenade, a mixed-use project by Comstock that was approved in April last year.

The sale of the land would “enable a more efficient redevelopment” of that project, according to the county.

If approved, the developer would pay roughly $3 million for the parcel and offer a density transfer of roughly 147,690 square feet to the plaza area near the county-owned Wiehle-Reston East garage.

County officials estimate that transfer would bring in a rental stream of roughly $8.6 million from Comstock, which currently pays an annual base rent of $2.9 million for its leases with the board at Reston Station.

Rents will increase as Comstock builds more pieces of its mixed-use project under a 99-year lease between the developer and the county.

An appraisal states the sale area has a value of roughly $10.8 million.

County staff recommend approval the sale, which would result in more density near the Metro Station, simplify the ownership structure  of Reston Station Promenade.

Approval of the sale will require amending the lease with Comstock.

One major change in the lease includes a requirement for Comstock to permit electoral campaign and voter registration activities on the plaza near the entry to the north entrance of the Wiehle-Reston East Metrorail Station.

Earlier this year, free speech advocates and candidates seeking office raised concerns about Comstock’s restrictions on campaigning and electioneering at the plaza, which is considered a public space. County Concerned about civil rights violations, Board Chairwoman Sharon Bulova threatened legal action if Comstock did not take steps to allow campaign activities on the plaza.

The board is expected to make a decision on the sale tomorrow. More information about the proposal is available online. 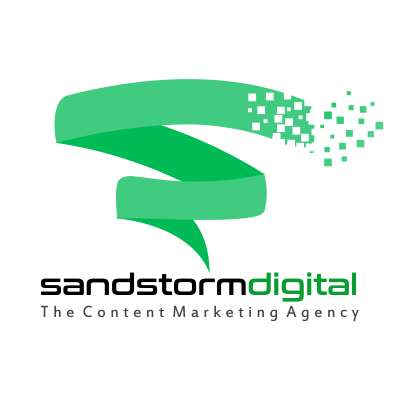 A new global performance marketing agency is expanding its US-based operations by opening its fourth global site in Reston.

The company, which has offices in the Middle East and Europe, is expanding its global footprint to cater to the North American market, company officials wrote in a statement. The location is the company’s first in the United States.

“The strategic expansion into the US market marks a new milestone in our growth story. The area has a thriving and innovative tech community and a workforce that is second to none,” wrote Omar Kattan, the company’s global chief strategy officer. 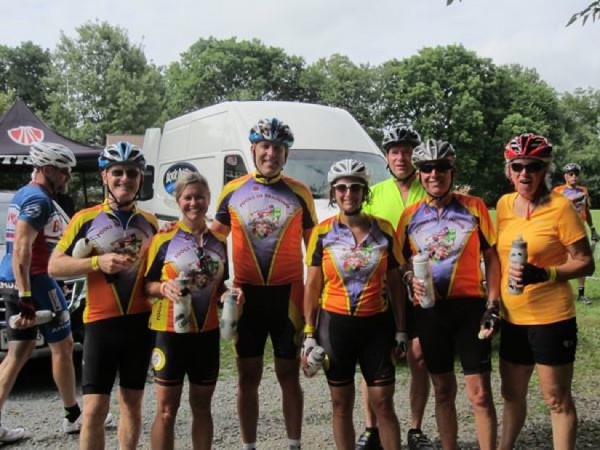 Riders select routes of 22, 60, 80 or 100 miles — with all routes start and ending at RTC.  The event is set to happen rain or shine. A post-ride party will be held in the pavilion for participating cyclists. 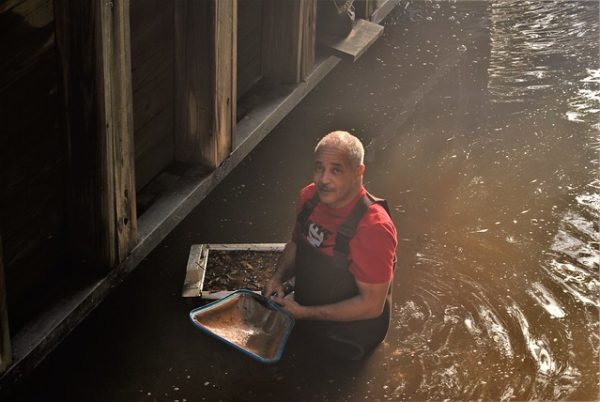 Summerbration with Battery Lane is Tonight — Enjoy classic rock during this weekly summer concert from 7-9 p.m. at Reston Station Plaza. The event is free and open to all. [Reston Community Center]

Town of Herndon Celebrates 30 Years of Keeping Green — The town received its first “Tree City Award,” started the Herndon Farmers Market and hired its first community forester. To celebrate, the town of is offering free goodies at the farmer’s market. [Herndon Police Department]

A Refresher on Road Rules Ahead of Back to School — With county schools back in session next week, county officials are reminding drivers to review road rules for school buses, school zones and crossing guards. [Fairfax County Government] 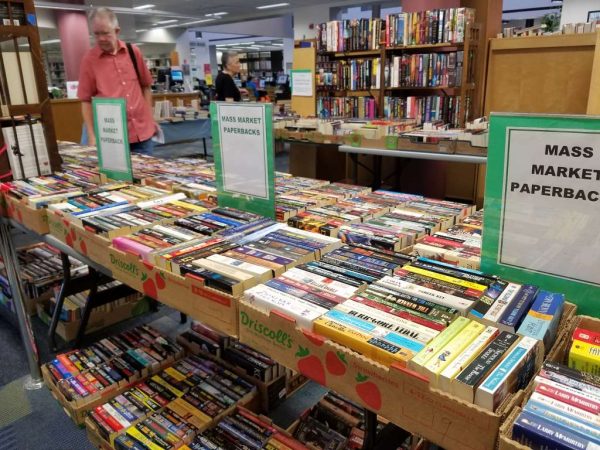 As schools go back into session later this month, the Friends of the Reston Regional Library is hosting a book sale for teens, children, and educators this weekend.

The book sale, which began on Thursday, continues through the weekend. Books will be available for purchase tomorrow (Saturday) from 10 a.m. to 4 p.m. and on Sunday (August 18) from 1-3:30 p.m.

It takes place at Reston Regional Library and features books in used condition.

The next book sale — which will not include children’s books — is set for September 25. 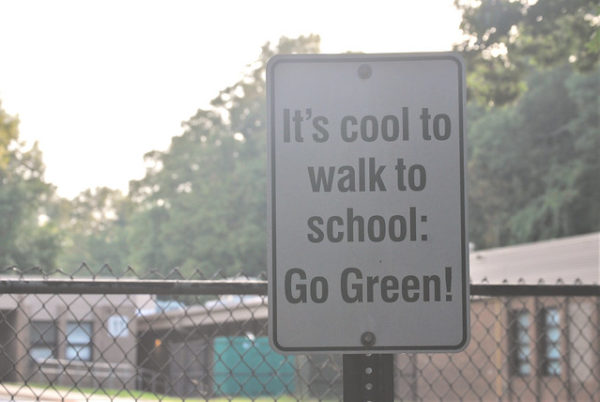 A Debrief on the Reston Planning & Zoning Committee — Reston Association’s Chief Operating Officer Larry Butler discusses the role of the committee, a volunteer group that meets the third Monday of each month at the North County Government Center (1801 Cameron Glen Drive). [Reston Today]

Enjoy Four Star Combo Tonight — “The sound of The Combo is high-energy 1950’s Rockabilly and Honky Tonk played without any pretense of modernization or any kind of damn-fool ‘fusion’ of styles.” The band will perform at Reston Station Plaza from 7-9 p.m. [Reston Station] 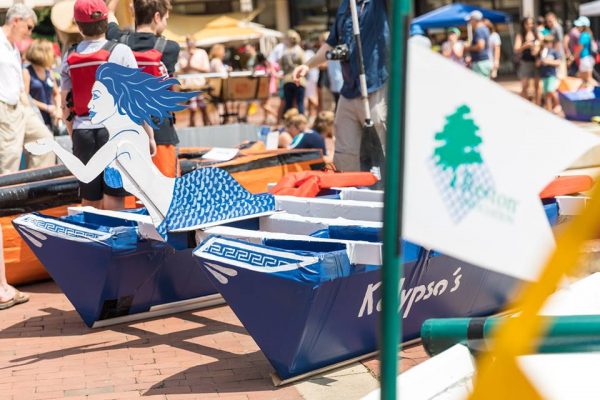 Boats will begin arriving at the plaza between 10:30 a.m. and noon. The first race begins at 1 p.m. Races continue between two teams at a time throughout the afternoon.

An awards ceremony will be held in the afternoon.

More information about the race is available online. 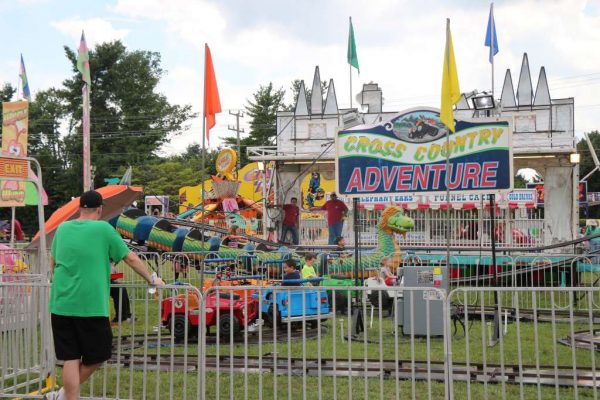 The four-day Frying Pan Farm Park 4-H Fair and Carnival continues into the weekend. Admission to the fair is free, but parking is $10 per car tomorrow and Sunday.

In addition to entertainment throughout the weekend, fair-goers can take part in a number of activities, including goat milking, a carousel, and blacksmithing. 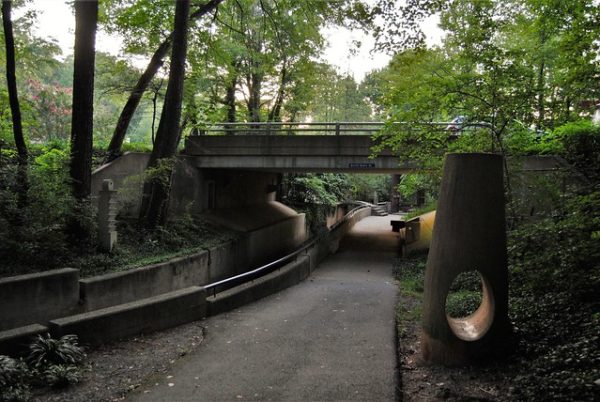 Day Two of the 4-H Fair and Carnival Continues — Day two of the 71st annual 4-H fair and carnival continues today (Friday). Parking and admission is free all day. Carnival hours are from 10 a.m. to 3 p.m. and 4-9 p.m. [Fairfax County Government] 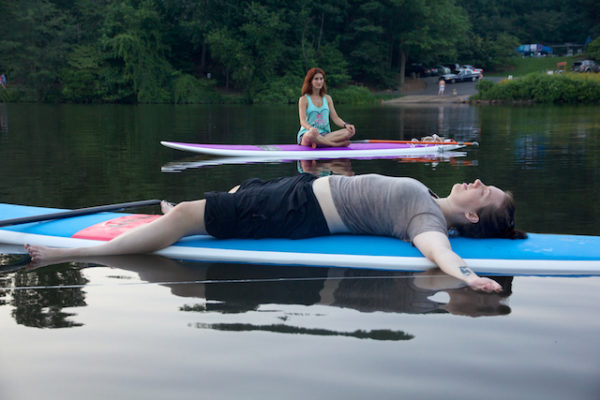 Learn a new way to elevate your yoga game with stand up paddle board yoga tomorrow.

Beloved Yoga is organizing a recurring event on Saturdays from 9-11 a.m. Participants will learn how to balance on a paddle board and take their yoga routine to the next level.

The event is organized in partnership with Surf Reston. Participants will meet at the Lake Anne boat launch. The last class is on September 21.

Registration is available online. Tickets are $20 if you bring your own board and $40 if you do not. 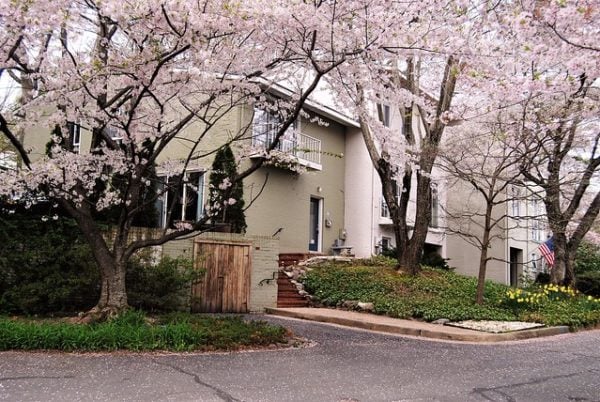