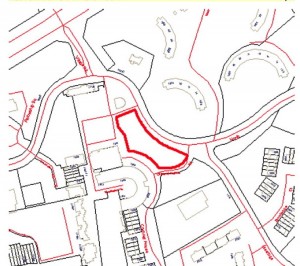 Republic, which has been selected by the county to redevelop Crescent Apartments and areas around Lake Anne, needs 1.1 acre of RA land located near the existing parking lot at Lake Anne Village Center in order to build a parking garage for the revitalized retail area it is planning. Republic will give Reston Association a similar-sized but less useful plot of land near Baron Cameron, as well as about $500,000 to fund improvements to RA facilities.

Meanwhile, there has been pushback from the community over the existing trees located on the RA-owned land. Many citizens, as well as groups such as Sustainable Reston and the Reston Citizens Association, are against the swap because it would remove many large trees.

That’s why RA’s additional requests involve care of the trees as part of the agreement. Republic president and CEO David Peter has preliminarily agreed to the conditions in a revised letter of intent.

Among the additional conditions, according to RA documents:

The RA board will vote on the land swap at its meeting on Thursday at 6 p.m. at RA Headquarters. Public comment is welcome.