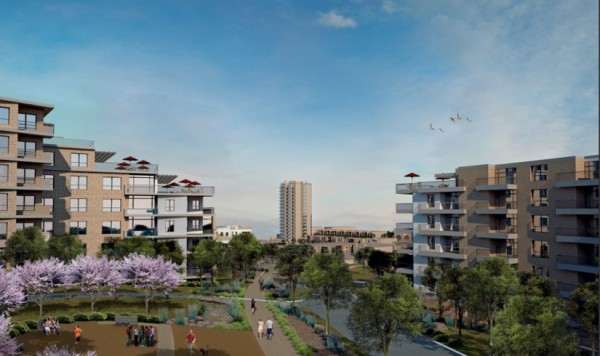 Lake Anne Redevelopment Partners (LARP) will update the Reston community on Monday about the plan to revitalize Crescent Apartments and the Lake Anne area.

LARP (a division of Republic Land Development) was chosen by Fairfax County summer after a Request for Proposals process that took more than a year. Since then, LARP has offered up renderings of the vision, and a few key events have happened as the project moves forward.

Principals will give an update on the progress at an open house at 7 p.m. Feb. 3 at Reston Community Center Lake Anne.

The county issued the RFP to make over the 16-acre site housing the county-owned Crescent Apartments, an aging affordable housing complex close to Lake Anne Plaza. Republic had many meetings with residents, Lake Anne business owners and Reston founder Bob Simon, among others, to determine what the community wanted to see for the area.

The retail and residential of Lake Anne Plaza itself will not see big changes, as historic designation prevents that.

However, an interim agreement is in place for LARP to proceed with the process of county planning, Reston Association Design Review Board and other land use approvals necessary to rework the surrounding areas.  The approval of the project design and land use permits is expected to take more than a year, said Republic president and CEO David Peter.

Peter previously said  the redevelopment will be built in stages, with the replacement for Crescent units built first, as well as retail improvements in the now-parking lot of Lake Anne Plaza. The entire process would take 10-12 years, he said.

The farmers market would be relocated to a nearby spot while construction is underway, but would return to the plaza’s grand concourse when completed.

Reston Association approved a controversial land swap in late 2013, trading an acre of RA’s wooded land at Lake Anne for another parcel along Baron Cameron Avenue, as well as financial incentives and improvements. The developers plan to build a 120-space parking garage on the site.

That move did not sit well with environmental advocates and other concerned citizens, who protested that it paves the way for other projects to remove mature trees in Reston.

Here are some other major points of the preliminary plans for the project: