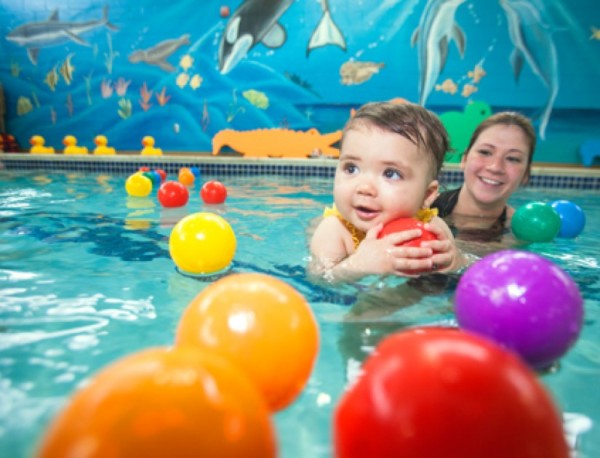 The location at 12340 Pinecrest Dr. would be the first east coast location for Goldfish, which was founded in Michigan in 2006 and has expanded to 16 Midwest locations.

The Reston location will be owned and operated by Gina and Ryan Bewersdorf of Michigan. The couple, a doctor and lawyer, respectively, were introduced to Goldfish when their son learned to swim there after not embracing any other previous lessons, says Gina Bewersdorf. Goldfish franchisees pay about a $1 million to start their own swim center.

“Goldfish has figured out how to do it in a safe, fun environment,” she said.

Bewersdorf said they spent about a year doing research and know there is a lot of competition. However, “we think there is a need that exists for kids; they can safely learn to swim and then join a club team,” she said.

Goldfish will offer lessons for ages four months through 12 years old. There are no more than four kids in a class, said Bewersdorf. Classes are “perpetual,” meaning you sign up  for a day and time and continue to go until you stop, rather than starting and stopping in session increments.

Bewersdorf said she hopes the Reston location will open by the end of 2014.