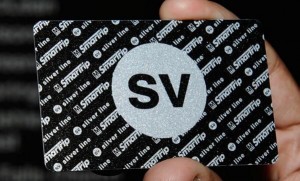 After five years of construction and more than six months of recent delays, the Silver Line will open on Saturday, July 26, Metro officials said last week. The first train will leave the Wiehle-Reston East station at noon.

Here are some of the chat highlights.

Q: Is this line similar in nature to the MARC, but it just happens to run parallel to the Blue Line in some parts, use the same rails and stations to the Blue & Orange lines?

A: The Silver Line will look and feel just like the existing Metrorail lines. There are five new stations in the first phase — four in Tysons Corner and one in Reston.  The line will serve these five new stations, and then connect them via the existing Orange and Blue lines with about 2 dozen other stations from East Falls Church, through Downtown DC, to Largo.

Q: How long will a commute take from Herndon into the city at 7:30 a.m. peak rush?

A: Herndon is part of Silver Line’s second phase, which will open in a few years.  If you’d like to check travel times from the Wiehle-Reston East station (closest to Herndon), you can do that here.

Q: Has Metro taken into account the crowds and problems on the Orange Line that will be created by running a full week of non-passenger Silver line testing starting July 20th? Orange line trains will drop back to their planned intervals when the Silver line starts, but there will be no Silver line to supplement. So we will have all the bus riders and people that would otherwise be rerouted from WFC in particular, waiting for trains at least 6 minutes or more apart. It will be a long week for commuters.

A: During the week of simulated service, those “Silver Line” trains will carry passengers between East Falls Church and Largo Town Center.  They will be labeled as Orange Line trains through that segment.  So, that week, stations like East Falls Church, Ballston and Court House will actually see a service increase.

Q: What percentage of Silver Line riders do you anticipate will be former Orange Line Riders (those for whom the Silver line will be more convenient) as opposed to new riders?

A: About 25-30 percent will be existing (Orange Line) customers. The rest are expected to be new riders to the system.

Q: Will there be parking at Wiehle when the Silver Line begins service? Driving by this weekend, it did not look like the garage was near completion.

A: Yes it will be ready, opening at 9:30 a.m. on July 26. For details, you can visit the LAZ Parking website at lazparking.com. (Reston Now editor’s note: The garage has been complete for nearly a year. What you see under construction is the future BLVD apartments that are located on top of the parking garage.)

Q: Why doesn’t the Silver line just end where it connects with the Orange line and trains turn around to head back the other way towards Reston East (and eventually Dulles and beyond)?

A: I believe this option was studied as part of the planning/environmental work that was done before the line was constructed. Such an option would not attract as many riders, would result in a less convenient travel experience, and would have the effect of creating crowded platforms at East Falls Church.

Q: Will the Silver Line opening during the summer months while a percentage of people who normally commute are on vacation help or hurt as the bugs are worked out of the system? Fewer passengers might mean that fewer people are delayed if there are issues but fewer people might also mean that it won’t get a real stress test from peak passenger demand.

A: I think it will definitely help for the reasons you’ve noted in your question. We know from experience (e.g. Rush Plus) that commuting habits are slow to change. It gives us an opportunity to ramp up to full ridership over the next year.

See the full chat transcript on the Washington Post site.