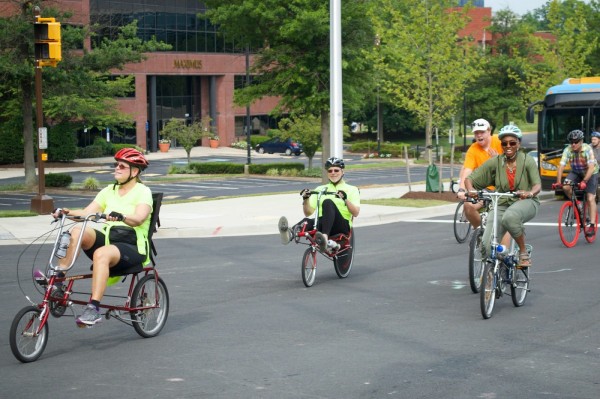 But how they will get around Reston once they are here is still a work in progress.

While the Silver Line will likely be a boon to area residents who commute to D.C., it remains to be seen how it will be used for occasional visitors, such as those attending a meeting or special event.

The Wiehle-Reston East Station — located at Sunset Hills Road, Wiehle Avenue and the Dulles Toll Road — will be the end of the line for at least five years. When Phase 2 opens after 2018, there will be stations at Reston Parkway, Herndon, Route 28, Dulles International Airport and Ashburn.

Wiehle-Reston East is located closer to the south end of Reston, and while there are many office buildings nearby, the heart of the Reston business district around Reston Town Center is still more than a mile away.

Currently, the options are to walk or to hop on a Fairfax Connector bus. There are more than a dozen buses routes in Reston. Visit Fairfax Connector’s website to see interactive maps of where you need to go and whether a bus can take you there from the Reston Transit Center.

In the future, urban style transportation amenities may add to visitor options at  Wiehle-Reston East.

Scott Hall, General Manager of Zipcar’s Washington office, says the car sharing service is “actively pursuing the possibility of placing cars in the Reston area in the future.”

“Zipcar is very excited about the  extension of the Silver Line,” he said. “We are currently in talks to have Zipcars placed at multiple Silver Line stations with the hopes that they will be in place very soon. Zipcar continues to see strong utilization and membership growth in the D.C. area, and members tell us that they routinely use Zipcar in concert with public transit, so we will do our  best to meet those needs to provide ‘wheels when you want them.’ ”

Bikesharing may also come to Reston. Fairfax County has contracted with consultants to examine the feasibility of putting the county’s first bikeshare operation in Reston.

Consultants Charlie Denney and Fionnuala Quinn of Alta Planning + Design, hired by the county last winter, say bikesharing would be feasible in Reston as it makes the transition to a transit-oriented community.

What is not yet certain: who would pay the bikeshare costs. In other suburban-area bikeshares (Arlington, Montgomery County), funding came from a combination of  federal, state and local money, as well as developer proffers, county bicycle coordinator Charlie Strunk said.

Meanwhile, if you are arriving in Reston with your own bike soon, check out Fairfax Advocates for Better Biking’s routes.