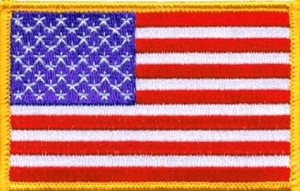 Fairfax County Police said Monday that American flag patches were never banned from uniforms and that “the Chief of Police has always endorsed the wearing of the American flag on the uniform shirt and has extended this to include the exterior vest.”

FCPD made this clarification in response to a story in The Washington Post that said Chief Edwin Roessler was “rescinding a policy banning the American flag and other patches on the outer ballistic vests of officers.”

Roessler said a subordinate commander had written the directive to create uniformity in the officers’ appearances late last month, but the policy was not approved by him before it was disbursed, the Post reported. The Post also reported that that directive angered rank-and-file police officers.

FCPD says the misunderstanding came about when the internal message sent to officers “addressed an issue that officers were wearing unapproved items on uniforms prior to the establishment of a formal agency policy on the matter. Unfortunately, this created an unintentional perception that American flags have been banned from our uniforms.”

The Chief also directed that the Uniform Advisory Panel (UAP) will convene and will provide considerations and recommendations regarding the consistency of displaying items on the external vest.  The UAP is comprised of employees from a wide variety of agency units and represents all uniforms, ensuring input from all impacted units agency-wide.