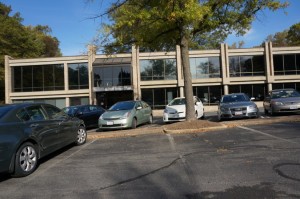 The Fairfax County Planning Commission on Wednesday recommended for approval plan changes to the comprehensive plan for Crescent Apartments and the Lake Anne area.

The changes, which mostly look at densities and adds continuity to the six separate Land Bays comprising the plan, will go before the Fairfax County Board of Supervisors on Dec. 2.

A spokesman for Lake Anne Development Partners, which was selected in 2013 by the county to develop the project, the changes only modify some of the density around within the “various Land Units to be consistent with our design as it has evolved during the pre-planning process, but it does not actually represent any material change in the overall densities or intent of the original Comprehensive Plan Amendment for Lake Anne Village Center that was initiated in 2007 and approved in March 2009.”

To see the full document and maps of Land Units A-F, see this document from Fairfax County.

Photo: Association of School Business Officials building, which is slated to be torn down as part of Lake Anne redevelopment/file photo