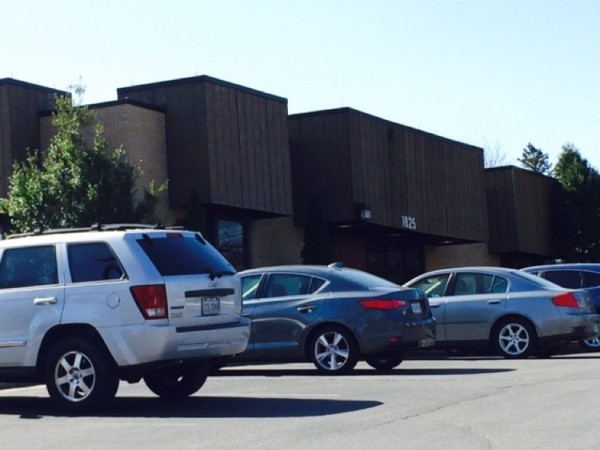 Pulte Home Corp. has filed an application with Fairfax County to replace an office building at 1825 Michael Faraday Dr. in Reston with multi-family housing in walking distance to the Wiehle-Reston East Metro Station.

Pulte intends to build 42 stacked “two-over-two” townhome-style residences on the site, which is less than a quarter mile from Wiehle-Reston East.

The Michael Faraday location is surrounded by other office buildings, but is just past the office building at 1831 Wiehle Ave., where developer JBG is seeking to rezone an office building and construct 504 multifamily residential units and up to 61,000 square feet of retail.

Also nearby, the 540-unit BLVD Apartments are nearly completed, and Bozzuto is planning to build 421 apartments in the 11400 block of Sunset Hills Road, where a mini-storage facility now sits across the street from Wiehle-Reston East.

The Pulte project would need to rezone the 1.58-acre parcel from the I-4, Medium Intensity Industrial to R-30 residential district. As part of the rezoning, Pulte is asking to modify the minimum R-30 district size from three to 1.58 acres to allow the “infill” project.

Pulte is also asking for waivers on the minimum front and side yard sizes (from 20 to 10 feet) and the amount of open space (from 40 percent to 23 percent).

The existing 11,000-square foot, one-story building has been owned by the Hardwood, Plywood & Veneer Association since 1976. Pulte would have to own the property before rezoning, and likely has a contract to buy conditional on the rezoning, commercial real estate sources said.

“The proposed development will replace a single-story office building with attractive and high-quality facades, enhance the mix of uses desired near the Wiehle Avenue East Metro Station, and facilitate the planned grid of streets for the Transit Station Area,” states the Pulte’s rezoning document.

Pulte’s plan includes residences that will be “distributed in two rows oriented east-west to align with the future grid of streets, with a central private street to provide access to the rear of the units.”

The plan will take advantage of additional pedestrian and vehicular access on new streets planned for the surrounding area. It also calls for eight-foot wide sidewalks and a pocket park in the northeast corner of the site.

Pulte says that because the other new construction planned for Wiehle-Reston East is high-rise buildings, offering townhomes will serve a broader segment of housing needs.