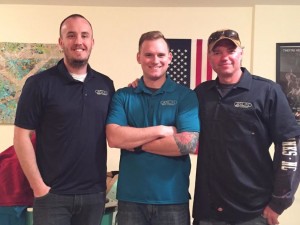 A pair of brothers-in-law who have been home brewing beer for years plans to open a nanobrewery in Herndon’s Sunset Park complex later this year.

Andrew Kelley and Kai Leszkowicz have signed a lease for 257 Sunset Park (that’s the retail and industrial park where Amphora Bakery, Taste of the World restaurant and Rhythm Street dance studio are located).

They plan to brew five kinds of beer and serve it in a 28-seat brew house called Aslin Beer Company, said Kelley. A nanobrewery — a growing segment of the craft beer market — is a small microbrewery operation, typically producing fewer than three barrels at a time. A barrel is around 31 gallons or two kegs.

“Kai and I have been brewing together since 2011,” he said. “We found a common interest and we want to share it with the community.”

This announcement comes at almost the same time as that of Lake Anne Brew House, another local start-up that will open on Washington Plaza this summer, if all goes 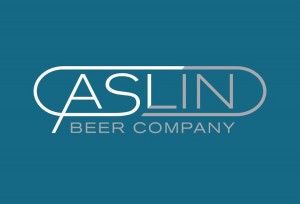 Kelley, a 27-year-old management consultant who lives in Clarendon, and Leszkowicz, a 29-year-old Fairfax County employee who lives in Herndon, have named the business after their wives’ family name, Aslin.

The two brewers will keep their day jobs for now, says Kelley. A third owner, Richard Thompson, will run the operation full time.

Kelley said they are in the process of building out the space and will soon install brewing equipment. They plan to make five flagship beers: an American IPA; a Double Rye Pale Ale; a West Coast IPA; an Imperial Stout; and a Czech Pilsner.

He says the 2.250-square-foot location would be a great spot for private parties. They also hope to partner with Sunset Park NextStop Theatre for special events in the space.

Start-ups costs are expected to top $150,000, Kelley said. The owners have a group of investors but are also crowdfunding on a Go Fund Me page.