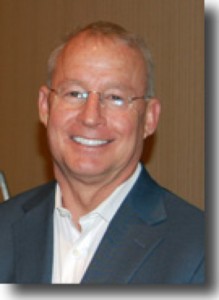 Prospective, Inc., a Reston commercial real estate brokerage company, and its founder, Joe Ritchey, have been named a BCA 10: Best Businesses Partnering with the Arts in America honorees for 2015.

Prospective, Inc. has worked on large-scale mixed-use developments in Fairfax County for more than 30 years. The Arts Council of Fairfax County says the thriving arts scene in Reston Town Center is part of Prospective’s brand and integrated into marketing and business development activities.

Ritchey is the driving force behind Prospective’s commitment to the arts. He has donated more than $1.1 million over the past 23 years to arts-related nonprofit organizations.

He is currently serving as chairman on the Board of Directors at the Arts Council of Fairfax County and the Initiative for Public Art – Reston (IPAR).

Ritchey founded IPAR in 2007, and his company underwrote IPAR’s initial funding and the cost for a consultant team to aid with the creation of the Public Art Master Plan. This resulted in Reston in 2008 becoming the first non-incorporated jurisdiction in the United States to complete a public art master plan. The plan is now a part of Fairfax County’s Master Development Plan for Reston.

Ritchey has also served on the arts boards of the Greater Reston Arts Center (GRACE), Wolf Trap Foundation, and multiple committees including as Co-Chair on the Fairfax County Master Art Plan Task Force.

“I believe that a community’s economic vitality and quality of life are directly proportionate to its commitment to and investment in arts and culture,” Ritchey said in a statement. “Pedestrian-friendly and aesthetic public spaces, permanent and temporary public art, galleries, concerts, arts festivals, and theatre all enrich communities.”

“Frequently under-recognized but equally important is the impact of the arts on demand for office, retail, and residential real estate, resulting in higher valuations of commercial and residential properties and increased tax revenues to local, county and state government.  Based on my urban development experience, I have seen firsthand how investment in the arts provides a powerful economic return.”

Presented every year by the Business Committee for the Arts (BCA), part of Americans for the Arts, the BCA 10 awards honor 10 U.S. companies for their exceptional commitment to the arts through grants, local partnerships, volunteer programs, matching gifts, sponsorships, and board membership.

The national BCA 10 Awards will be presented by Americans for the Arts on Oct. 6 at a black-tie gala at the Central Park Boathouse in New York City.