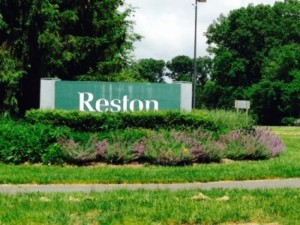 The Fairfax County Board of Supervisors will discuss and most likely decide on Tuesday whether the proposed changes to the Reston Master Plan will be the blueprint for Reston’s future.

Planning staff has been working on the Reston Master Plan Phase 2 since June 2014. Phase 2 changes deal with development in and near Reston’s village centers, as well as in neighborhoods, should they be redeveloped.

This is the final step before changes would go into effect. There will be a public hearing at Tuesday’s meeting beginning at 4 p.m. You can register in advance if you wish to speak.

Phase 1, approved by the ssupervisors in early 2014, guides development in the areas close to Reston’s transit centers.

Fairfax County’s Planning Commission held a public hearing in April and recommended the draft changes, with a few caveats, for approval in May.

The county planning staff used Phase I as the framework for the second part of the master plan changes, saying that 1) Future residential and commercial growth was to be concentrated in the Town Center, the Transit Station Areas and the Village Centers; and, 2) the Vision and Planning Principles created in Phase 1 should apply to the whole of Reston.

Some of the basic themes the staff came up with over the last year, in which citizen input was received via email and at a series of community meetings.

Village Centers should be unique and reflect the needs and desires of the surrounding neighborhoods. The master plan changes will also reflect, however, willingness to adapt or alter existing village centers (for example, adding residences). This is currently being discussed for Tall Oaks Village Center, whose new owners would like to redevelop the nearly-empty retail center to 154 new residences and a small amount of retail.

The Baron Cameron retail area (Home Depot) serves as an important regional retail and service center that, if redeveloped, could have a limited mix of uses.

Residential neighborhoods will stay as they are, both in character and density. However, there is structure in place should a majority of a cluster wish to sell to a developer.

At the April public hearing, the planning commission heard from citizens on concerns about a planned traffic interchange on Sunrise Valley Drive, changes at Tall Oaks Village Center and Reston’s future in general.

Planning commission’s Hunter Mill representative Frank de le Fe said two weeks ago that he supports the general draft, but made a few changes in recent weeks in response to public comments.

Removal of the rule that Reston’s village centers would have to undergo a comprehensive plan amendment to promote redevelopment. This will help The Jefferson Apartment Group (JAG), which purchased Tall Oaks in December. JAG has preliminary plans for residential and small retail development on the site at Wiehle Avenue and North Shore Drive.

Addition of language that Tall Oaks may include a significant residential component and that any redevelopment will emphasize quality design.

Planned redevelopment at St. John’s Wood apartments will be considered.

De le Fe also suggested that a request for a special buffer at the long-lost cemetery at the Fairfax Hunt Club be treated as any other cemetery. De le Fe said adding specific language to the comprehensive plan, as citizens had suggested, “seemed like overkill.”

At the public hearing, many residents of the Polo Fields subdivision at Sunrise Valley Drive and the Fairfax County Parkway, expressed concern with a multi-lane interchange planned there.

De le Fe said the Fairfax County Department of Transportation will re-examine and re-evaluate the interchange.