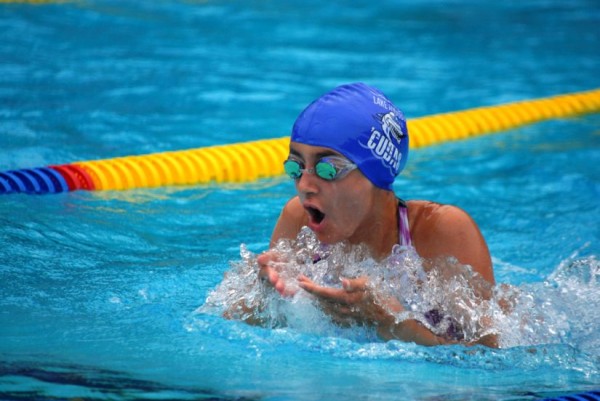 On Saturday, Reston Swim Team Association’s Ridge Heights Sharks showed up across town to cheer on their longtime rivals, the Lake Audubon Barracudas.

The fate of the 2015 RSTA Championship was riding on the outcome of Lake Audubon’s meet with Lake Newport. If the Barracudas defeated the Lightning, the Sharks would reign as undisputed champs with an undefeated season.

With Lake Newport and Lake Audubon within six points of each other throughout the meet and tied halfway through the freestyle events, anything could happen. Two rain delays had swimmers and parents waiting it out in their cars. 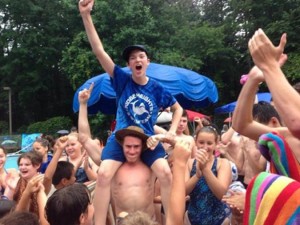 “We knew it wasn’t going to be called off because of the weather,” said David Cordts, parent to two Barracuda swimmers. “The score was so close it would have gone down as a tie and Lake Newport needed a win, so we knew we’d keep swimming.”

Ultimately, Lake Newport prevailed and preserved its own undefeated season, making them co-champions of the league with Ridge Heights, which had not gone undefeated since 1998. (Because there are nine RSTA teams and only six meets, not all teams swim against each other.)

Lake Audubon finished in second place with a 4-2 record, while Hunters Woods and North Hills were tied for third with 3-2-1 records. See complete RSTA season standings on the RSTA website.

Nine swimmers finished off their regular season by smashing some team records: