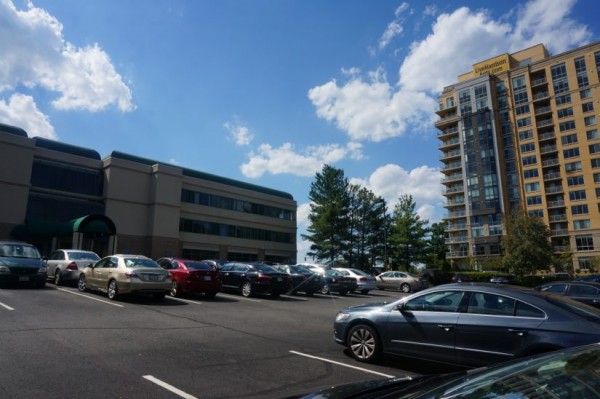 The developer of The Harrison, the recently built 360-unit apartment buildings at Reston Parkway and Temporary Road, is planning another luxury building just next door.

Renaissance Centro says it has plans to build 110 to 120 luxury condos at 1801 Old Reston Ave. That address, at Reston Parkway, Old Reston Avenue and Temporary Road, is currently an office building.

Renaissance Centro owns the 29,300-square-foot, four-story office building. Residential development on the site would require a rezoning from commercial to residential. No rezoning application has been filed.

Reps from Renaissance Centro did not return calls, but a glimpse at the company website shows a little of what it eventually plans.

1801 Old Reston Avenue will be an infill multi-family project adjacent to Reston Town Center. The future building will be within walking distance of the new Silver Line Metro station at Reston Town Center, feature direct access to the W&OD Trail network and all the rich amenities that Reston has to offer. The project will feature well-appointed units and elegant amenity areas.

Renaissance Centro, based in Bethesda, Md., already has quite a presence on that stretch of Reston Parkway from Sunset Hills to Temporary Road. In addition to The Harrison, the company built Carlton House and Stratford House across from Reston Town Center.