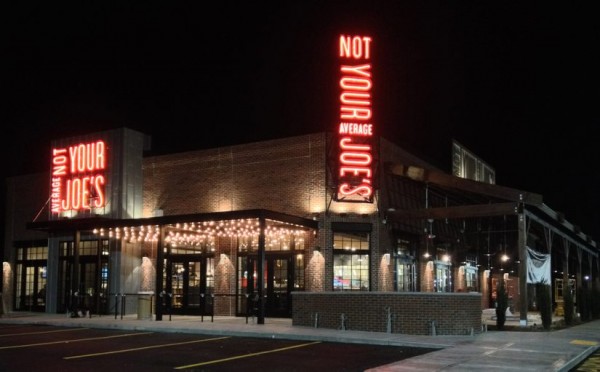 There’s a new restaurant coming to the former location of Macaroni Grill at 1845 Fountain Drive in Reston.

Not Your Average Joe’s, a Massachusetts-based restaurant chain, has signed a lease for the location and has filed permits for renovations.

Not Your Average Joe’s has 20 locations in New England, as well as in Bethesda, Gaithersburg, Leesburg and Woodbridge.

Not Your Average Joe’s is known for stone-hearth pizzas, salads, unique burger combos and other casual fare. See menu on the company website.

The restaurant also has happy hour specials such as $3 draft beers, $5 nachos and Oyster and Martini Mondays ($1.25 oysters and $6 martinis).

The Macaroni Grill closed fairly suddenly in December. The Spectrum shopping center where it was located is expected to undergo a massive redevelopment, but that may not begin for several years.