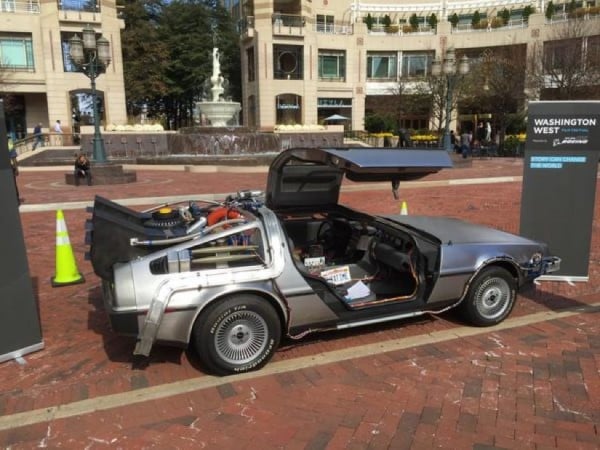 It’s Hill Valley Now — It’s Oct. 21, the day Reston, temporarily and symbolically, changes its name to Hill Valley to mark the opening of the Washington West Film Festival here. Oct. 21, 2015, was the exact date Marty McFly and Doc Brown landed in the future in Back to the Future. The Back to the Future trilogy will be celebrated at the film festival, which runs through Sunday. [Reston Now]

SLHS Volleyball’s Good Year — Checking in with the Seahawks, who are 9-3 going into Wednesday’s match. [Reston Connection]

Inmate Died of Natural Causes — The Fairfax County medical examiner says an inmate who died in custody over the weekends died of natural causes, including diabetes and heart disease. [Washington Post]

Photo: “Back to the Future” DeLorean at Reston Town Center/Credit: Shawn Wilson via Twitter