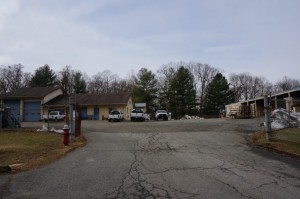 The project to move a septage receiving site from Great Falls to Hunter Mill Road is on hold for at least six months, Fairfax County officials said on Wednesday.

The county told residents in mid-February that the ideal location for a facility to pump septic tank waste from northern Fairfax County homes and restaurant grease from area restaurants would be Lake Fairfax Maintenance Area 6, a parcel on the Reston/Vienna line owned by the Fairfax County Park Authority.

The current septage receiving site is located on Colvin Run Road near Great Falls. That site has been operating since 1970 and has many issues, county officials said, including flooding, odor and poor accessibility for large trucks.

The proposed move did not sit well with area residents, who spoke up at a contentious community meeting. They told county Department of Public Works and Environmental Services (DPWES) and consultants from Hazen and Sawyer that the Maintenance Area 6 spot, located on Hunter Mill Road near a one-lane bridge, was a poor choice because of proximity to homes, increased traffic on a country road and environmental hazards.

The county said it had looked at six sites before deciding Lake Fairfax was the best one. The citizens told the county to go back and find a space better accessible to a main road like Route 7.

“Attendees overwhelmingly expressed dissatisfaction with the proposed relocation to Lake Fairfax Park and voiced multiple concerns including but not limited to the impact to the various communities and Hunter Mill Road, a statement from Hunter Mill Supervisor Cathy Hudgins office reads.

The memo from Hudgins’ office said the initial comment period, set to close March 18, is now being extended through April 18. Hudgins also said the county and the consultants are now extending the site search.

“DPWES and Hazen and Sawyer committed to addressing the various concerns/comments and will also extend the potential relocation search area to properties not owned by Fairfax County,” said Hudgins’ statement.

“Hazen and Sawyer is in the process of establishing a scope and schedule for responding to this commitment by the end of April, with an expanded timeframe of approximately six months.  All activity associated with the feasibility of relocating the Colvin Run Septage Receiving Site to Lake Fairfax is on hold at this time.”

A new facility would have better odor and flood controls, would be securely fenced and would have a circular driveway for pull-thorough access, county officials say.

There are 21,000 homes in the county not hooked into the sewer system that must have their septic tanks cleaned out and dumped at one of two county sites once every five years. In this part of the county, most of the homes not on public sewer are located in Oakton and Great Falls.

At first, county officials said the Colvin Run site could not be renovated, but a report from Hazen and Sawyer says it can, at a cheaper cost than relocating.

The existing Difficult Run pump station has been largely out of service for nearly 20 years.

Sewage haulers will use the Norman Cole site in the south part of the county near Fort Belvoir in the meantime, the county says.